A groundsman involved in football for more than 60 years has won a county award. 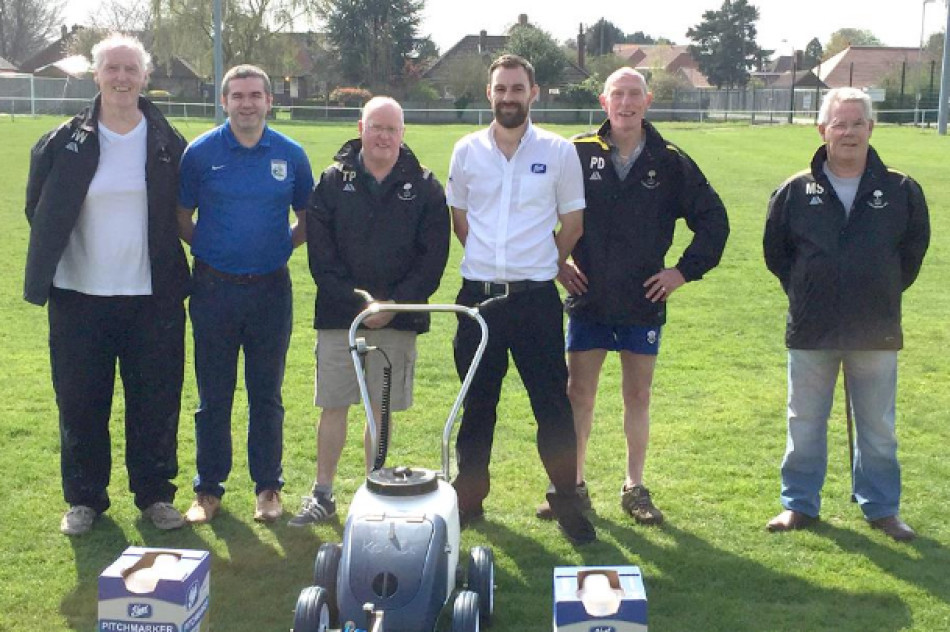 From left, Gerry Williams; Ricky Stevenson; Tony Parsons, who helps at the ground; Rob Wager, and Pat Douglas and Mick Smith, who both who help at Collingham

He has now been put forward for the national title.

"Reading comments about how people appreciate the work you put into the ground is very nice," Williams said.

"It is hard work, especially with the number of matches we have on these pitches, but I would not be doing it if I did not enjoy it."

Around 90 matches have been played there this season.

Ricky Stevenson, business development manager at the Nottinghamshire FA, said: "The weather has been unprecedented and it is people like Gerry who help keep football being played.

"He is one of those who work incredibly hard behind the scenes. He thoroughly deserves to be recognised."

You can read the original article from the Newark Advertiser HERE