by External source
in People, Funding, and Football
on 17 Jul 2022

Designed to support 16 to 24-year-olds in danger of long-term unemployment due to the Covid-19 pandemic, the Kickstart Scheme funds six-month work placements to give young people a pathway back into employment. 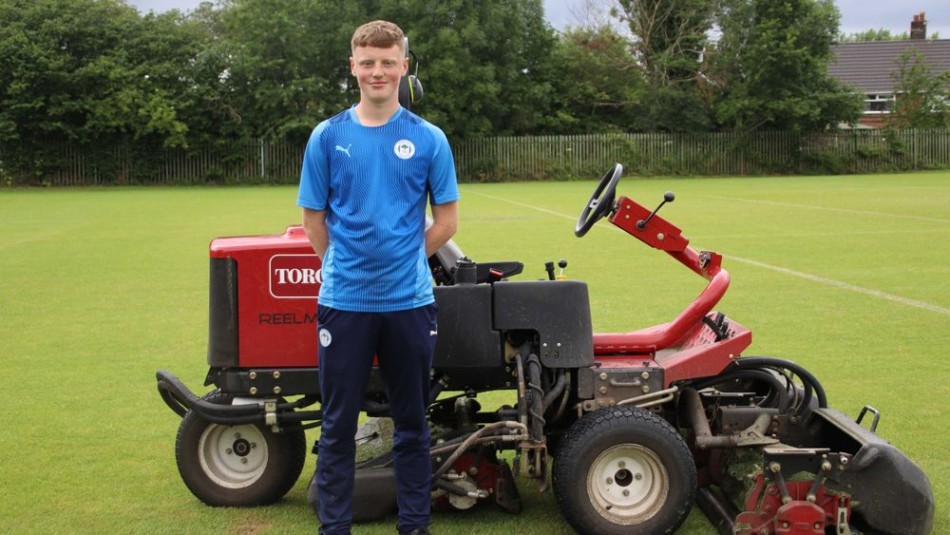 The Wigan Athletic Community Trust has utilised the Kickstart scheme to help improve the career opportunities and life chances of 14 young people across the town. With 12 of the 14 either still on the Kickstart scheme or having progressed into employment after completing their placement.

One person who has really benefited from the scheme is Leon Taylor, having initially joined the Wigan Athletic grounds team earlier this year as an Assistant Groundsperson.

Leon settled in very well with the grounds team with his confidence, enthusiasm and eagerness to learn new skills helping him to become an important member of the team.

After completing his six-month Kickstart earlier this month, Leon impressed the team so much that he has now joined Wigan Athletic on a full-time basis while also completing an apprenticeship with the Club.

"I just want to keep working hard and hopefully overtake Ian as Head Groundsman one day."

While he's not been replaced by Leon yet, Head Groundsperson Ian Forshaw has been impressed by Leon and the Kickstart scheme.

"Kickstart has been really beneficial for us. Leon came on board as a Kickstart with ourselves. (He is) a big Wigan Athletic Supporter which has helped him progress and show willingness here."

"He's a confident lad in himself as well so when the time came, we thought well let's put him on an apprenticeship with the Club and guide him through."