A group keen to build full-sized 3G sports facilities in Swansea is pitching its case tomorrow. 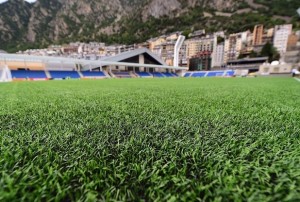 It said Swansea was the bottom of the league in Wales for such facilities, with no full-sized 3G pitches - a surface comprising sand and rubber-granule filled carpets - despite a "vast" sports club infrastructure.

The group, which represents Sport Wales and the governing bodies of rugby, football and hockey, is hoping councillors will back its £1 million plan at a meeting tomorrow.

A report going before the authority's external funding panel said Swansea had well-established local leagues and elite sport which could make use of such facilities.

"In addition the issue of cancellation of matches due to bad weather impacts on training and fixtures as there is a poor record of postponed or cancelled fixtures particularly amongst junior sections," it said.

"In the past two seasons over a third of all junior football matches have been cancelled, and rugby clubs also reported incidents of junior teams losing up to six weeks of fixtures due to poor weather.

"The collaboration group has identified Swansea as priority area and has indicated that a submission for funding is likely to receive support."

The report said the £300,000 council contribution could potentially come via capital funds, plus £50,000 from the planned new primary school at Parc y Werin, Gorseinon.

It added that 3G playing surfaces had a 10-year life span and that the both sites would break even financially.

In its Wales-wide report about the provision of sports pitches, the Collaboration Sports Facilities Group said cash-strapped local authorities were struggling to maintain pitches of all descriptions and instead looking increasingly to hand them over to social enterprises or trusts, as is happening with Underhill Park in Mumbles.

The report said: "The group recognises that without intervention there will be many missed opportunities."

Councillor Mark Child, cabinet member for healthy city and wellbeing, said: "The provision of 3G pitches would benefit so many local people. Not only would it help tackle the issue of fixture cancellations because of bad weather, but the number of well-established leagues and competitive opportunities in Swansea, right through from recreational level to elite standard in a number of sports, means the demand for these type of facilities is already there.

"If approved by the external funding panel, work will start on submitting a business case to attract the level of funding that's needed. This will build on the work that's already been done to identify the most appropriate sites for 3G pitch provision."