by External source
in Synthetics, Conservation & Ecology, and Industry News
on 07 Jul 2016 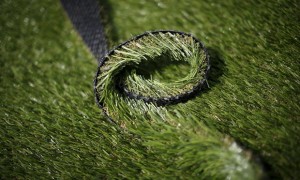 Growing trend to lay fake instead of real grass causes loss of habitat for wildlife and creates waste that will never biodegrade.

Environmentalists have warned that a growing trend to lay artificial lawns instead of real grass threatens the loss of wildlife and habitat across Britain.

From local authorities who purchase in bulk for use in street scaping, to primary schools for children's play areas and in the gardens of ordinary suburban family homes, the sight of pristine, green artificial grass is becoming a familiar sight. One company has registered a 220% year-on-year increase in trade of the lawns.

But, as families, councils and schools take to turfing over their open spaces with a product which is most often made from a mix of plastics - polypropylene, polyurethane and polyethylene - there is growing alarm amongst conservationists and green groups.

They say the easy fix of fake grass is threatening the habitat of wildlife, including butterflies, bees and garden birds as well as creating waste which will never biodegrade.

Mathew Frith, director of conservation at the London Wildlife Trust, said: "You are using fossil fuels to make it, so there is a carbon impact there, you have to remove a significant amount of soil to lay it so you are reducing the direct and indirect porosity of the soil, you are removing habitat which a wide range of species are dependent on and at the end of its life this is a non-biodegradable product which ultimately goes back into landfill. So yes we are concerned at its proliferation."

You can read the full article from the The Guardian HERE