7 Growth Potential – Are your greens reaching their full potential? This year at Ealing Golf Club, we 'tweaked' our fertility programme somewhat using a Growth Potential (GP) model that has been promoted over the last couple of years. Being a competitive person, I am always looking to take the greens that extra step.

Our goal was a minimum stimpmeter reading of 10.5 feet during the playing season which runs from the spring meeting on the 4th May to the autumn meeting on the 7th September. The 10.5 minimum is a daily goal, so it was quite a task to set and then achieve.

To have greens running smoothly and quickly, a lot of things have to be in place. The greens need to be firm, so drainage must be good and organic matter controlled. The weather also has to be kind and thankfully this year we had a good summer.

However one of the most crucial elements which we learnt about at college is a good growing pattern. I've sat in numerous seminars and listened to lots of speakers talking about the 'magic line'. This is where the growth pattern is on an even keel and you cut out the peaks and troughs. I never found out how to achieve it though. We all talk about fertiliser programmes; Everyone's is slightly different, but is there a perfect fertiliser programme? Too little nutrition leaves the plant is under stress and too much encourages thatch and disease. Finding the magic line is very difficult.

In very simple terms, the grass plant needs four main things to make it happy. Of course other factors come in to it but if you get the sunlight, soil, moisture and temperature right you won't go far wrong.

To go through these, Sunlight can be controlled to some extent through cutting trees back or introducing lighting rigs such as modern football stadia (if you have the budget). Good soil is a must which is why the USGA introduced their guidelines back in the 60's dictating a predominately sand based one.

Water can now be controlled using efficient irrigation systems supplemented with moisture probes and weather stations. Temperature is arguably the most important one. If it's freezing cold, nothing grows. So how should we alter our practices to work with the differing temperatures? A new model came about a few years ago which may give us direction. What is Growth Potential?

Over the last few years there has been a lot of research from America concerning temperature and how it makes certain things tick. A couple of years ago I read an article based on the growth suppressant Trinexapac-Ethyl, it said that if you let the chemical run out of the plant you ran the risk of the 'bounce back' effect i.e. the plant would then put all its energy in to the leaf causing a growth spurt.

They dealt with this using a model called the Growing Degree Day or GDD. It allows you to regulate the chemical to avoid the risk of bounce back. It is based on monitoring daily temperatures which affect the plants metabolism.

When I looked at this a couple of years ago it made a lot of sense to me so I decided to implement it. I found it worked very well and gave me direction for when to apply my next Trinexapac-Ethyl.

Then at the end of last year I read an article by an American scientist called Micah Woods who, in conjunction with Larry Stowell of PACE turf talked about the growth potential model. This again talked about temperature and how it affects the plant's ability to take in nutrients.

You may have heard of these two before; they have been pushing the minimum levels for sustainable nutrition (MLSN) for a number of years. From their investigations over a number of years they think that Turfgrass soil nutrient guidelines have been set far too high. Two examples of this were Potassium (which they recommend at 50ppm instead of the historical figure of around 250ppm) and Calcium at 330ppm instead of 1,500ppm. It seemed to make a lot of sense, so I was very interested in their Growth Potential (GP) model. Growth Potential is basically a model that indicates when you should apply nutrients depending on the plant's capability of growing and absorbing them. The main nutrient that they mention is Nitrogen which is the key element for a grass plant, but the model can be used for other nutrients such as Potassium too.

Over the years, my basic fertility programme has been based around two granular applications in the spring to give the plant a good kick up the backside and improve density. This is probably what a lot of guys do across Britain. Normally we would apply an ammonia based product in March giving the plant 25kg of Nitrogen per hectare and another in May. So if you add in a couple of foliar sprays the greens would receive around 60kg of Nitrogen per hectare in a six-week period to bring them in to the season.

However, I find that while the greens do turn a nice colour and density improves, the ball roll is reduced as the plant produces a high clipping yield. I also used to see a big kick around June when temperatures pick up and a lot of the residual fertiliser would start to kick in which is not perfect for producing that magic growth pattern.

How does it work?

After reading Micah Woods and Larry Stowell's articles on GP, I decided to contact them as I wanted to give their system a trial over here in the UK. What I found is that they have two models. One is for the cool season grasses that we find in our climate and the other is for warm season climate grasses such as in Asia. They set two different temperature thresholds depending where you are in the world. For cool season they said 20ºC would be a good ball park figure and 31ºC for warm season. But what does this mean?

When you have an average daytime air temperature of 20ºC (add low and high together and divide by two), then the plant has the ideal temperature to grow and reach its potential. Anything above or below this figure will affect the plant's ability to grow. Once you know the optimum then you can start to put together a fertility plan to allow the plant to maximise its potential.

To implement the model the first thing I did was to set up a spreadsheet and input all the historical monthly temperature figures for my location, which is West London. This is a formula preset by Micah Woods and Larry Stowell. The next stage was to set an annual Nitrogen amount that I wanted to apply.

For the last four years around 150kg N/hectare had been applied to the greens at Ealing so I set that figure as the default number. From there I could see how much Nitrogen I should be applying each month depending on what the spreadsheet told me. I could then tweak this on what was actually happening temperature wise. This is how my spreadsheet looked and the total quantities applied for the year:

Looking at the chart there are a few things that stand out. In March because the temperature was so low it told me not to put out any nitrogen. This was a first for me and looking at last years' records it was when 25 kilos of Nitrogen went out. The difference in the amount of Nitrogen used for the year is vast.

As I said earlier for the last four years I've been stuck at around 150kg N/ha (which produced very good greens) but this year it will hit around 114kg N/ha. The last is the cost of this programme. This year our fertiliser bill will be £680. Last year's bill was £1,240 and the previous one £1,500. I cannot put it all down to GP (as by implementing the MLSN new guidelines Potassium has been heavily reduced), but the fact less nitrogen is being applied our bill will be lower. Looking at this from an agronomic and cost perspective this model seems like a no brainer, but what about performance. How have the greens performed this year? I've always argued that whatever you do agronomically has to be backed up with performance.

I put performance first and then back it up with an agronomic plan. This I know is not how many greenkeepers across the country view turf maintenance, but what is the point of introducing something new if your greens don't perform better?

Since the 2mm debate in 2010 I have been collating data on the greens at Ealing. I published an article in last years' February/March Pitchcare edition (http://www.pitchcare.com/magazine/the-2mm-debate-agronomic-investigation.html) detailing the agronomic data that I have found at Ealing. The two areas that could be used to assess whether GP is working from a performance view point would be density counts that I do monthly and speed/smoothness that I do weekly.

If we take density first the average for 2012 was 103 plants in a cm². This years' figure has risen to 113, so things look good on this side and the sward seems denser compared to last year even though around 36kg less Nitrogen was applied per hectare.

For putting performance, as I said right at the start, our main goal for the playing season was to stimp at 10.5 feet and above on a daily basis. This was achieved and the table below shows how both green speed and smoothness compare to last year:

What stands out from 2012 is slower than acceptable green speeds up until August. This coincides with the fertility inputs being high in the spring last year compared to this spring when the GP model was introduced. As with all data it is hard to pin point one thing that make certain things happen and without doubt the wet year last year played a part, but I feel that introducing this model has certainly not had a negative effect on performance and if anything it has improved!

Having implemented this model for one year it is hard to say for sure how well it works. I like the fact that it gives you guidelines of how and when to apply certain nutrients, but without several years of doing this it will be hard to say for sure that this is the way to go. At present I do not recommend this system to the golf clubs that I do agronomic work for, as I would like to be sure that it does what it says on the tin first. But my initial conclusions follow:

I noticed it a lot looking at many greens in the spring and early summer. The complaint was that the surfaces were poor in the spring but as soon as the temperatures picked up wham, a box per green was being taken off! 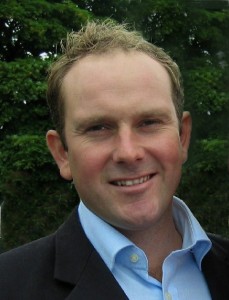 So the big question becomes is this anything to do with GP? At this stage I don't know. The only other thing that we have done differently this year is a reduction in verti-cutting. My gut feeling is because we have basically eliminated two granular applications in the spring this has weakened the sward slightly in those greens. Maybe next year we will continue with the granular applications in those greens only and see if this helps.

Greg is the Course Manager at Ealing Golf Club. He also runs an agronomy business. If you would like to contact him further on the Growth Potential model you can reach him through his website www.gregevansmg.com