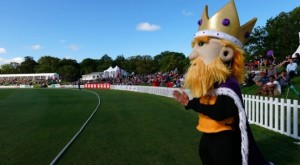 Hagley Oval groundsman Rupert Bool would hate for Sri Lanka and New Zealand to play out a boring draw at the Boxing Day test and he's predicting his wicket will keep its 100 per cent result record.

Bool said it wasn't really his place to predict match results, though said his pitch, "strip three" would offer pace, bounce and a bit of help for hard working quicks.

Hagley is far from a minefield and batsmen who get themselves in, have prospered and can score runs quickly.

But all six first-class matches at the developed oval have led to results.

"That's something we're quite proud of," Bool said.

"We're on track at the moment and all the signs are good that this will be a good pitch."

This is Bool's first time in charge of preparing a test wicket and he admitted his nerves were playing a big part.

If the test pitch is anything like the first-class wickets he and his team prepare, he needn't worry.

In their short time in use - since February last year - Hagley pitches have played well and produced even contests between bat and ball.

Read the rest of the article on the following link :- Stuff.co.uk