by Daily Mail
in Equestrian and Synthetics
on 21 Jul 2021

London's last polo ground, where Princes William and Harry have both played chukkas, is branded 'gross' for digging up its plastic exercise track and leaving the polluting material heaped up in the soil 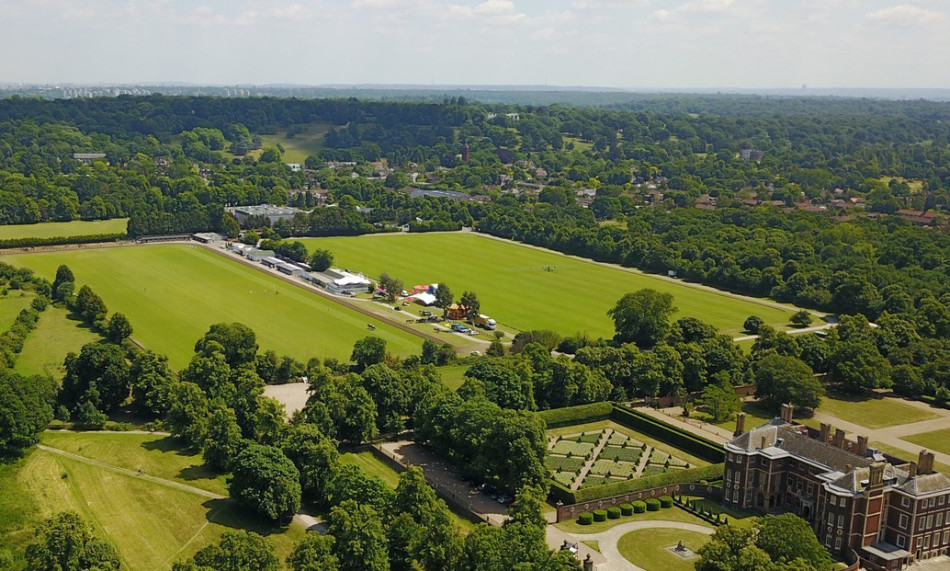 The divots are flying at London's last remaining polo ground, where Princes William and Harry and Elle 'the Body' Macpherson have all played chukkas - and it's nothing to do with the royal sport.

Ham Polo Club is at the centre of a toxic row with its well-heeled neighbours, including Lady Annabel Goldsmith, the socialite who inspired the name of Annabel's nightclub in Mayfair.

Her son Ben Goldsmith, who is a Government adviser on the environment, has branded the club 'gross' for digging up its plastic exercise track and leaving the polluting material heaped up in the soil.

The materials have been used to create an 'eyesore' mound - covered in grass - that the club says will be used to allow better viewing of polo matches.

But while the Government is committed to 'levelling up', Goldsmith wants to flatten the mound.

'It's pretty gross of the polo club to do this,' Goldsmith tells me. 'Why can't they dispose of all their plastic waste properly?'

Goldsmith, who's usually more interested in rewilding his estate in Somerset, adds: 'Over time, a toxic brew of chemicals will leach from the plastics into the surrounding soil and water. It's so unnecessary.'

The financier grew up with his environment minister brother, Lord Goldsmith, and film producer sister Jemima Goldsmith, at the grand Georgian mansion Ormeley Lodge near Ham Common, where his mother still lives.

The site is in a conservation area and part of the protected 'Arcadian Thames' view from Richmond Hill and Ham House.

Other locals, including former groundsman Charlie Ham, have condemned the move, as the Thames is nearby, as well as a plethora of suburban wildlife. Charlie explained: 'I oppose the dumping of hazardous waste of the old track in a London conservation area. I know the trench along the side of the mound leads down to the River Thames and it will damage surrounding wildlife.'

You can read the original article from the Daily Mail HERE