by External source
in Equestrian
on 29 Oct 2014 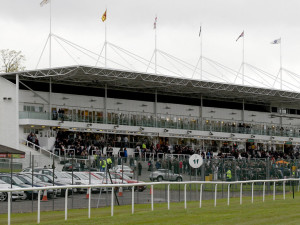 Racecourses were judged in three categories, Jump, Flat and Dual Purpose with Hamilton Park coming out on top in the Flat racing category.

Following on from Kelso Racecourse being named inaugural Groundstaff Champions in 2013, the RCA Showcase Awards will once again play host to the presentation of the overall award in 2014, where Hamilton Park will be hoping to emulate their Scottish Racing counterparts.

"This is a tremendous industry accolade for our small but very hard working track team at Hamilton Park" commented Clerk of the Course Hazel Peplinski.

"This award recognises the consistently high standard of work carried out by our Groundstaff to ensure a safe racing surface for each and every raceday. More than that, the presentation of the whole estate, including the famous lawns, flower beds and surrounds is of such a high standard that this benefits us throughout the whole year with so many weddings and conferences now enjoying the fantastic grounds as well as our racing fans."

The judging panel consisted of representatives from the RCA, British Horseracing Authority and National Trainers Federation.

Caroline Davies, RCA Racecourse Services Director commented: "We are delighted to announce Plumpton, Hamilton Park and Carlisle as the winners of the 2014 Racecourse Groundstaff Awards and look forward to the announcement of the overall Champion at the RCA Showcase & Awards at Haydock Park in November.