by External source
in Industry News
on 04 Dec 2014

Hampshire head groundsman Nigel Gray has said it was a surprise to win the ECB's 2014 Groundsman of the Year Award for the four-day category. 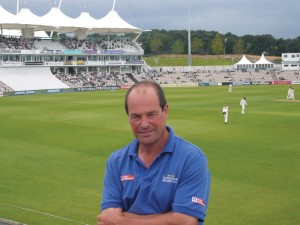 Hampshire won the County Championship Division Two title without losing a four-day home match at Ageas Bowl in the 2014 season. Gray told BBC Radio Solent: "I didn't realise we were doing quite that well so it was a big surprise. I knew we had done alright but wasn't expecting us to be right at the top."

Gray has now won the award three times, after success in both 1995 and 1998, when Hampshire were based at Northlands Road.

"It always helps when you've got a team doing well," he added. "It's all come together nicely.

"We had good pitches which bounced well and I think everyone appreciated playing on them."

Gary Barwell (Edgbaston) and Andy Fogarty (Headingley) shared the the runners-up prize. Hampshire hosted the third test between England and India in July but missed out on selection for the 2015 Ashes series. In 2011, a "poor" pitch resulted in Hampshire being deducted eight points by the ECB.