0 Hard work at "Grassroots" ahead of RWC

There's been a lot of hard work at what you could call the "grass roots" level of Rugby World Cup 2011. Groundsmen across the country have been busy preparing the playing surfaces. 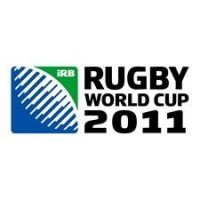 The turf manager at Nelson's Trafalgar Park is Peter Gray, and he says the weather's a huge factor in what they do. "We've all struggled with pretty cold conditions and lack of growth so I think all groundsmen around the country, we're all looking to the sky and enjoying some sun," he says.

Mr Gray says a bit of rain at night wouldn't go amiss either. He says the teams are training on other grounds around Nelson so the team are preparing those fields as well.

Tournament Organisers for Rugby World Cup 2011 (RWC 2011) today unveiled some key elements of the Opening Ceremony which will kick-off the seventh Rugby World Cup at 7.30pm (NZT) on Friday, September 9, including a key role for a New Zealand sports star.

"We promise all fans, at Eden Park, and those watching from afar, a night to remember. "It is the perfect double bill - a spectacular Opening Ceremony, the likes of which New Zealand sports fans will not have experienced in this country, coupled with two great Pacific nations kicking off Rugby's showpiece Tournament."

The 30 minute ceremony will tell the story of New Zealand and its unique place in the Pacific and represent the coming together of countries from around the world in New Zealand in pursuit of Rugby's greatest prize.

"The ceremony has also been masterminded by one of the world's best live event companies, David Atkins Enterprises (DAE), which has staged many other spectacular opening events such as the Vancouver Winter Olympics and Sydney Olympic Games so fans are in for a special night.