Harlow Cricket Club have just completed the last (well hopefully!) piece of the jigsaw of their exciting new club house which was formally opened in 2017 with a 40 metre run of picket fencing across the front giving the finishing touch to their cricket 'pavilion' as their President Alan Howick fondly prefers to describe! 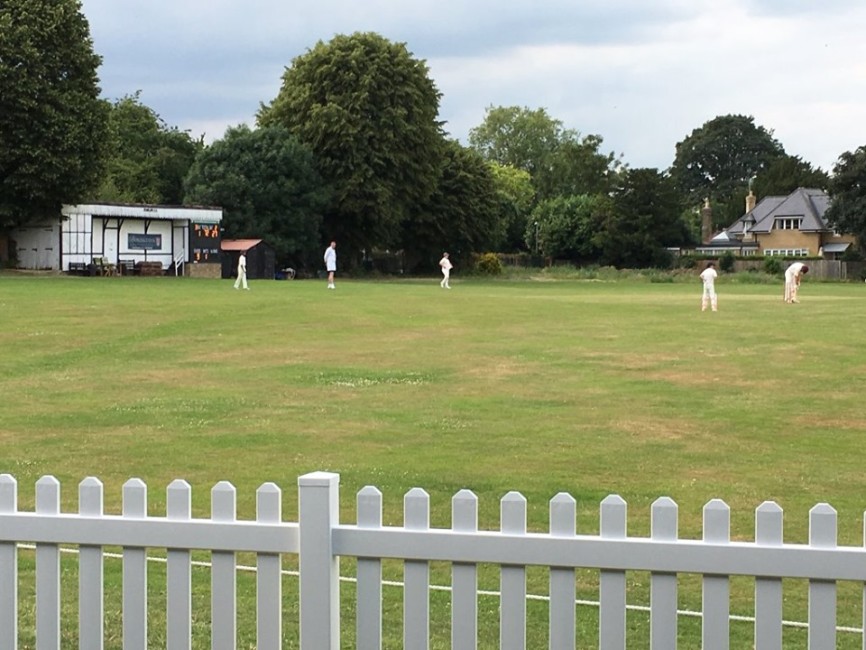 Costing almost £6000 which included 30 metre paved pathway funds were donated by three families, Hoare, Swire and Todhunter who have a strong and important connection with Harlow and cricket since early in the 1900's.

The involvement of these families was both on and off the field of play.

The picturesque Marigolds and the adjacent Spicers Field is managed by a Trust formed by them in the mid 1920's to ensure a permanent open recreation field 'for the people of Harlow' and in memory of family members who 'fell in the Great War'.

The picket fencing funding was raised from their respective Trusts. The Hoare family from the 19th century private banking dynasty and still In Fleet Street, London. The Swire & Todhunter link are the founders of the Cathy Pacific conglomerate.

The fencing was supplied by Watt Plastics Ltd in north Yorkshire and the installation by a local contractor, bbc Fencing.

The club 'pavilion' has been a resounding success for both cricket and the community. Visiting sides have all been especially impressed with the many spectators are now attracted to watching cricket at Marigolds viewing galleries and rose arbour terrace.