0 Harrington Makes it Back to Back Open Championships

Finbarr O'Mahony, Assistant at Kanturk Golf Club, gives an account of what it was like working with the B.I.G.G.A. Support Team at this year's Open Championship at Royal Birkdale.

It was a great privilege to have been picked on the B.I.G.G.A. Greenkeeping Open Support Team for the 137th Open Championship at the magnificent Royal Birkdale Golf Club. And what a championship it turned out to be with our very own Padraig Harrington winning by 4 shots to lift the famous Claret Jug for the 2nd consecutive year with a score of 283, 3 over par, which lifted him to No. 3 in the world rankings.

Runner up was England's Ian Poulter with Stenson and the "Great White Shark" a further shot back. Harrington's second shot to the 71st hole will probably be remembered as the shot of the championship, a magnificent 5 wood to 4 feet to set up an eagle to all but secure the title. The attendances for the 4 days were very high despite the poor weather with over 200,000 spectators entering the gates. 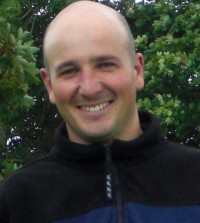 Heavy rain on Thursday and Friday and severe gusts of up to 50 miles per hour on Saturday and Sunday were what faced the spectators and players. Due to the success last year at Carnoustie the R&A again enforced a strictly no mobile phones and cameras rule on championship days and every spectator was scanned along with their bags being searched.

The Course - Royal Birkdale is located in the town of Southport along a stretch of the Lancashire coastline, which boasts a list of some of the top courses in England, which include Royal Lytham & St Anne's, Royal Liverpool and Formby. This is the 9th time the course has hosted the Open Championship and it has twice hosted the Ryder Cup as well as a Walker and Curtis Cup.

Since the last Open was held there in 1998 the course has been changed quite a bit. About 3 years ago the club employed the architect Martin Hawtree to make a few changes to the course to ensure it was keeping up to date with modern standards. A new green was built on the 17th, which has proved a bit controversial because of its severe contouring.

As well as this some holes were lengthened with new championship tees being built, as well as 20 new bunkers being added and some obsolete ones being removed. SOL Golf from Ireland was given the contract to undertake the work and they did a splendid job on implementing the changes. For this year's championship the course will measure 7173 yards with a Par of 70.

Royal Birkdale is located along part of the Sefton Coast, which is the largest dune system in the U.K. at over 2000 hectares. It is recognised as an S.S.S.I. (Site of Special Scientific Interest) and is one of the most ecologically sensitive courses on the Open rota. The course boasts many rare plant and animal species such as the Natterjack Toad, Marsh Helleborine, Sand Lizards and Branched Bur-reed.

Because of this every effort was made to locate spectator walkways well away from areas containing any sensitive species as well as roping off certain areas. The Course Manager at Royal Birkdale Chris Whittle deserves great credit as he and his team had the course in super condition. Chris is a veteran of Open Championships, this being his 3rd Open having already done Birkdale in 1998 and Muirfield in 1992. 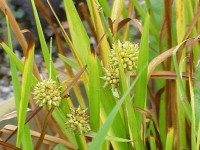 The B.I.G.G.A Greenkeeping Open Support Team - The team consisted of about 55 volunteers and they were mostly from the U.K., the others coming from Holland, Australia, U.S.A. Portugal, Slovenia and myself from Ireland. The team was responsible for following one match each on the course and raking any bunkers that were found by either of their players during the round.

As well as this, part of the team each morning gave all the bunkers a full rake before play, as well as divoting fairways after play. We were also on standby during the course of each days play if any greens needed squeeging or for any other problems that might arise. We were required at our base at 5pm that Wednesday where we got a briefing from some B.I.G.G.A. officials on our schedule for the 4 days.

The team was divided up i

nto 5 groups each with its own mini bus for transport to and from the course. After that we drove to the course to meet the Deputy Course Manager and a rules official from the R&A who showed us how they wanted the bunkers raked.

The days were quite long, as the group raking the bunkers in the morning had to be at the course for 4am and the divoting group would not leave the course until about 10pm. I got an excellent group to walk with on Friday, namely Fasth, Campbell and 98 champion O' Meara. We also got a scorecard each to record how many bunkers each group visited, as B.I.G.G.A. keeps a record of how many bunkers are visited during the course of each championship.

Greens - The greens were scheduled to be double cut each morning and once again in the evening but a lot of the scheduled cuts were skipped due to the severity of the wind, which would have caused them to become unplayable. The greens were cut at 3.2mm. Fescue was the predominant grass species on the greens along with some bent and poa. Chris follows a very much traditional approach to greens management and everything is done to favour the finer grasses at the expense of poa.

Tees and Fairways - The tees and fairways were cut daily at 6.3 and 10mm respectively with all clippings being boxed off. The R&A requested that both the tees and fairways be cut in the direction of play. This proved awkward on some tees, as it was hard to turn the mower to come back around to cut the next line. The tee markers on holes 2, 6, 10, 11 and 16 were moved quite a bit forward for weekend play as the prevailing wind was quite strong into the players face. At times on Satu

rday and Sunday there were gusts of up to 50 miles per hour, which made it very difficult for the players.

Conclusion - It was a great privilege to have worked with the Open support team as all the volunteers were keen to share their own experiences with one another and there were some very interesting conversations on greenkeeping matters. On behalf of the G.C.S.A.I. I would like to congratulate Chris Whittle and his team on a superbly conditioned Open Championship venue and lets hope Padraig can make it Three in a row at Turnberry in 2009.

Article and pictures courtesy of GCSAI .