by Press Association
in Renovations & New Builds, Synthetics, and Football
on 05 Aug 2020

Harrogate Town secured a place in the Football League for the first time by beating Notts County 3-1 at Wembley on Sunday in the National League play-off final. 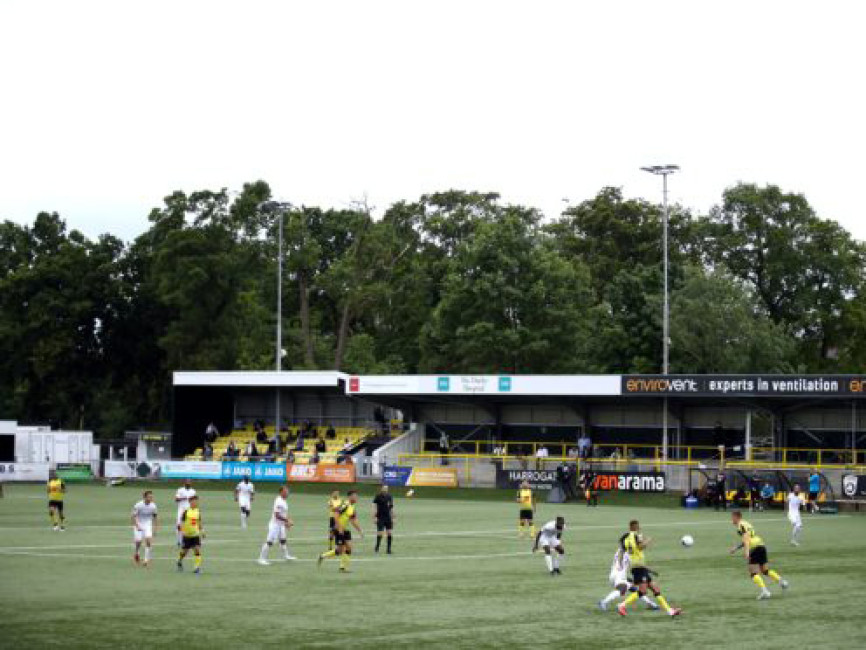 The North Yorkshire club must start life in the top four divisions next season away from their CNG Stadium after confirming it will take 10 weeks to lay a new grass pitch.

Town chairman Irving Weaver has confirmed the club has received permission from the EFL to ground-share for their first few home matches.

"It's a small price to pay," Weaver told the PA news agency. "Obviously maintaining a grass pitch is going to be more expensive. There will be an increase of around £20,000 in groundsmen's work."

"We've just set up an agreement with the university, who want some identification with us and that is an extremely attractive offer," he said.

"They have all the technology, MRI scans, all the fitness-monitoring facilities and that will be a good move for us."

"Eventually, and we're working hard, the plan is to get our own set-up away from the ground, with a 3G installed there, we're working on that now."

Town's artificial playing surface generated much-needed revenue and was hugely popular with the local community as it was used by the club's eight to 16-year age groups.

Weaver said a similar facility will now be available for use, based at the nearby St John Fisher High School.

"Because it's so well practised now I think the age groups will follow us across the road to the school, it's a proper branded set-up," he added.

"I expect it will lose a bit of novelty value because it's not the stadium, but on the other hand they'll have car-parking, which we can't provide at our ground.