by Michael Healy
in Consultancy and Golf
on 18 Mar 2015

1 Is it Compost Tea Time? 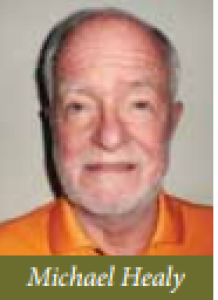 Has the advancing age of your putting green turf brought on more maintenance challenges, from an increased incidence and diversity of disease to more frequent issues with Localised Dry Spot (LDS) and other turf quality issues?

You know what the ultimate cure for these problems is, a complete greens renovation from the drainage system on up. Of course the cost of a complete renovation is significant, but when added to lost revenue for rounds not played along with a possible loss of customer allegiance to your golf club, you are talking real money!

What other ways are there to revitalise your greens without going to the "ultimate" solution?

Purveyors of a number of products may tell you they have the solution. Perhaps you have already headed down that path. Should you also be considering evaluating an on-course personally brewed COMPOST TEA? So how many microbes live in your putting green soil mix, and what is their diversity? While I can't answer that question, let me describe what I believe is the normal evolution of your soil mix microbiome, from a newly constructed green to an aging one having problems.

Here in the SE USA you can find greens constructed with 100% sand or close to it, often added is a small percentage (say 10%) of calcined clay or other like product. On occasion a small amount of peat (say 5%) is included.

As sand and calcined clay are largely devoid of microbes, your initial microbiome is quite limited, with the mainstay of microbes coming from your planted sprigs, sod, or seed. So what kind of microbes do those grass plants bring with them? 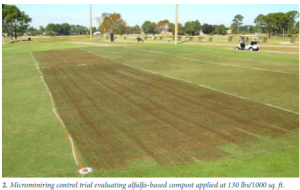 As your greens grow-in progresses does your microbiome become more dense and diverse as your grass plants grow? No doubt your soil's microbiome especially likes to reside in organic matter, which in your case is mostly thatch that you regularly diminish to the extent possible in keeping with today's accepted agronomic practice. And what impact does the continuing application of fertilisers, fungicides, insecticides, herbicides, plant growth regulants, biostimulants, soil surfactants, wetting agents, pigments, and other products have?.

In a recently concluded study I found 9 golf courses in our SE USA to have applied a total of 178 different products in those ten categories in slightly over a four month period. How does the diversity of products you apply over many years impact your soil's microbiome? Many years ago I sampled healthy bentgrass greens turf from 20 courses in our State of Illinois over the period of a growing season and was able to isolate almost all the major pathogens…there but not active at the time/ place of sampling. So your microbiome most likely includes turf pathogens as well. And the question becomes, as your microbiome evolves over the years, does it become less able to moderate/buffer its resident disease organisms or microbes responsible for a microbiological barrier to water percolation? Is there a way to change your soil's microbiome to one better able to act antagonistically toward resident pathogens and other microbes responsible for lowering turf quality and higher maintenance expense?

Is it Compost Tea Time ?

For the record, while I have "brewed" Compost Tea, I have never evaluated it on turfgrass. But beginning in early 2005 I began to evaluate the primary precursor of Compost Tea, or solid compost from which it is made, as a disease suppressing agent. A local Tifeagle bermudagrass greens course had an outbreak of "Miniring", a disease that while unsightly normally does not kill turf. 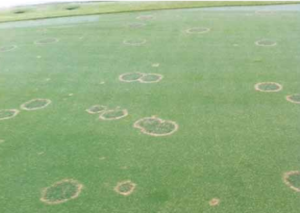 Miniring is thought to be caused by the Brown Patch fungus or a close relative. As this disease produces discrete 7-9" rings, I decided to treat individual rings with a number of different products, some to raise or lower pH, some to provide high nitrogen, and almost as an afterthought, one type of compost, this one alfalfa-based.

In 6 weeks post treatment time it became clear that the alfalfa-based compost was best able to diminish Miniring symptoms. An interesting observation but one that would take me another 4 years to act on! At some point I had given the balance of the alfalfa-based compost to a superintendent of another Tifeagle course located in NW Florida to evaluate on what appeared to be a type of Miniring disease (with smaller rings, I would christen it "Microminiring").

One day I received a call from the superintendent telling me that where he had applied this product no Microminiring had developed, even though the disease was widespread on this particular green. That observation caught my attention. The above led to my being able to establish what would be close to a two year evaluation of the alfalfa and non-alfalfa based solid composts for Microminiring control using the larger of two practice putting greens at this golf course.

The end result was that the alfalfa based compost, applied as a single 130 lb/1000 sq. ft. application rate, nearly eliminated the disease for 18 months. Every other month applications of 20 lbs/1000 sq. ft. did not work quite so well. Of course the application of 130 lbs/ 1000 sq. ft. with successive spikings and irrigations over a three day period is not exactly in-play green friendly so perhaps not practical. In 2012 I put another superintendent at a course in Texas onto my earlier findings. He created a test plot on one of his practice putting greens, liked the results so much that he ended up purchasing a truck load of the alfalfa-based compost.

The question now becomes whether or not a Compost Tea, as a microbe rich liquid medium derived from a microbe rich solid compost can provide the same end result in terms of disease suppression and other turfgrass betterments?

While the brewing process is relatively simple, you end up having many choices as to the ingredients used to make your Compost Tea.

Google "compost tea recipes and you will immediately pull up many alternatives. In general almost all recipes follow the same general procedure: 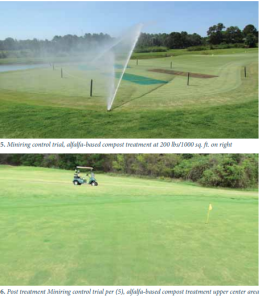 1. You need a vessel of some sort to brew your compost tea. If you plan to make 5 gallons of tea, get a vessel with a 7 gallon holding capacity. I use a clear plastic storage container.

2. Fill your container with 5 gallons of water, should be your irrigation water. Definitely do not use water that has been chlorinated or fluorinated.

4. Attach one/more air pumps (the kind that are used in fish tanks will work, if of sufficient air flow), and observe bubbling and agitation of the water in your vessel. The more bubbles and greater the agitation, the better.

5. Time to add your solid compost inoculum, which ends up being 1-2 cups of live, microbe rich compost wrapped in a cheesecloth bag. Toss the bag into the water.

6. Many different nutrients are suggested to be added as well, most often cited are a small amount of molasses, fish hydrolysate, and powdered kelp. Add these immediately.

Assuming you wish to first evaluate your Compost Tea on a small trial area, for the five gallons worth select a 5' X 5' area in a disease or LDS prone area of one of your greens, heavily spike, and then slowly drench the area with your freshly made Compost Tea.

Be sure you can continue to identify the exact site you have treated, as you will need to make ongoing observations over the coming weeks.

In the above initial evaluation you will be using a very high rate of Compost Tea liquid per unit area (1 gallon per 5 sq. ft). While nowhere near this amount may actually be needed to effectively change your existing microbiome for the better, you need to make sure that you are overwhelming your existing microbe population. Use rate studies can come later.

While Compost Teas are not thought of as phytotoxic, always best to consider phytotoxicity as a possibility and not pick a prominent part of your greens landscape for the initial trial. The three initial solid compost evaluation trials described in this article were conducted on the same greens turfgrass cultivar (Tifeagle Ultradwarf Bermudagrass) and most likely having the same or closely related disease causing pathogen.

Does solid compost, and its derived Compost Tea, have a great diversity, benefit-wise? Will soil borne diseases such as Fairy Ring and Pythium along any of the major leaf diseases be controlled or at least moderated in intensity and incidence? If you have seashore paspalum, zoysia, annual bluegrass (Poa annua), or bentgrass greens, should you consider evaluating Compost Tea or its precursor, solid compost? As every living green type has a soil microbiome and resident pathogens living within that microbiome, the same dynamics should apply.

Only evaluations on in-play golf courses will tell the story, greenhouse, growth chamber, or research plot facility testing will not. The objective of this evaluation is to see some sort of betterment of turfgrass quality. If you do, then you know you may be on to something. If not, then perhaps Compost Tea is not a solution to your problem(s). 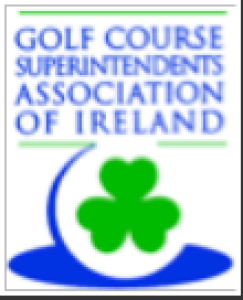 Mike Healy is a turfgrass scientist based in the Central Gulf Coast of the U.S. He can be reached by e-mail: healymj14@gmail.com By phone: 01-251-504-1173 or By Skype: Seattledog. Photo credits: 1-3 Mike Healy, 4-6 Chris Edmonson, Superintendent, Pine Dunes GC, Frankston, Texas

Along with permission from Michael J. Healy, Ph.D