0 Has the ghost of Harborne Cricket Club been caught on camera? 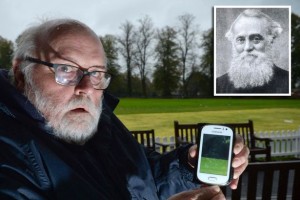 It's certainly got the experts stumped.

Trevor, 66, says he experienced numerous supernatural encounters during his 16 years at the ground, built in 1874. "I got used to them in the end," said the Kings Norton pensioner.

But this photo, taken in June, really knocked him for six.

"I took a picture of the new groundsman sweeping the wicket," he explained, "and saw the image as I zoomed in."

Trevor believes it may be that of Edward "Moses" Roberts, vicar of St Peter's Church, Harborne, between 1858 and 1891. The cleric used to watch weekend matches from a tree-lined avenue close to the ground.

The country gent, normally sporting a hat and long coat, has made a number of unexpected appearances. And he's not the only spirit-world supporter who makes a bee-line to the historic ground on match days.

For the full story from Birmingham Mail click here.