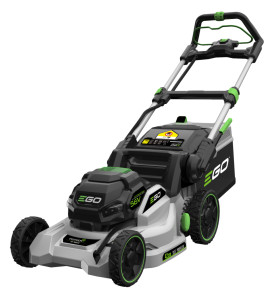 The LM1700E-SP, 42cm self-propelled lawnmower, from Ego Power+ has been awarded the number one place for IndyBest by the Independent.

It's the machine's third award since its launch earlier this year alongside the BBC Gardeners' World magazine Best Buy award and Which? Best Buy award.

The judges at the Independent described the as a "superb all-rounder that's light, manoeuvrable and small enough to fit through garden gates". They went on to say, "Without fail, we were always left with a precise finish and a real professional cut."

IndyBest also commented on the value-added EGO warranties, which are five years on tools and three on batteries.

Steve Roskell, director of marketing at EGO said, "This mower has received a hattrick of best buys since we launched this model earlier this year, from some of the industry's top reviewers. With recognition like this it's clear to me, and the reviewers, that this is the best cordless lawnmower available in the market right now."