by Karl Hansell
in People, Golf, Industry News, and Exhibition News
on 24 Jan 2020 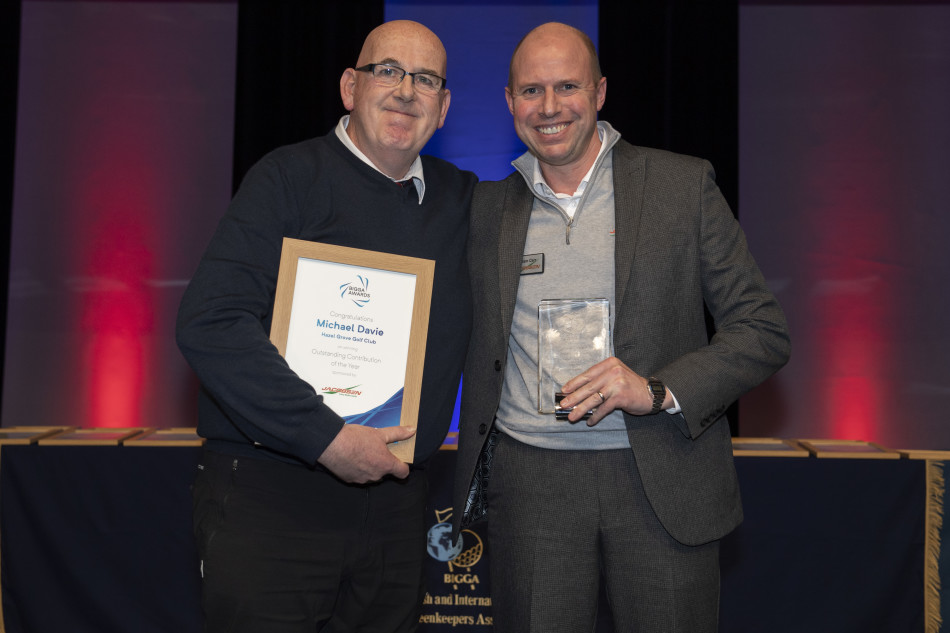 The UK's best and brightest greenkeepers were recognised at a dazzling awards ceremony hosted by the British and International Golf Greenkeepers Association on the opening night of BTME 2020.

BTME is the UK's leading exhibition for those in the golf greenkeeping and sportsturf industries, with more than 5,000 BIGGA members, industry leaders and influencers expected through the doors of the Harrogate Convention Centre for the duration of the three-event.

The traditional curtain-raiser of the exhibition is the BIGGA Welcome Celebration, sponsored by Campey Turf Care Systems and hosted by television presenter Naga Munchetty.

At the event, a number of awards were handed out to BIGGA members who have done extraordinary things throughout their careers, including one who provides incredible support to those who encounter difficulties with mental health in their personal and professional lives.

Michael Davie, the course manager at Hazel Grove Golf Club in Stockport, has tirelessly supported many BIGGA members and other greenkeepers. Having overcome periods of depression in his own life, Michael (59) established the "Greenkeepers mental health support group" on Facebook, where turf industry professionals from all over the country can come together to support each other. In addition to this, Michael also hosts a regular meet-up in Manchester, where greenkeepers come together to discuss issues and provide a helping hand.

In recognition of the incredible effort he has put in to supporting his fellow greenkeepers, Michael was awarded with the Outstanding Contribution of the Year Award sponsored by Jacobsen.

Reacting to the news that he had won a BIGGA Award, Michael Davie said: "I'm exceptionally humbled to receive this, it's totally unexpected and really amazing.

"I'm retiring from greenkeeping in a few months and I hope the extra time that gives me will allow me to develop the mental health side of things, I'm looking into how I can try and help as many people as possible, so this is just the start!"

The winner of the Championship Greenkeeping Performance of the Year Award was revealed to be Grant Peters and the team at Parkstone Golf Club in Poole following the successful hosting of the Ladies' European Amateur Championshipin July 2019.

The Greenkeeping Project of the Year Award was won by Darren Anderson MG and the team at Bromborough Golf Club. The team replaced a 46-year-old irrigation system, alongside rebuilding greenside bunkers. Completing the work in house, it is estimated that the greenkeepers saved the club around £150,000. 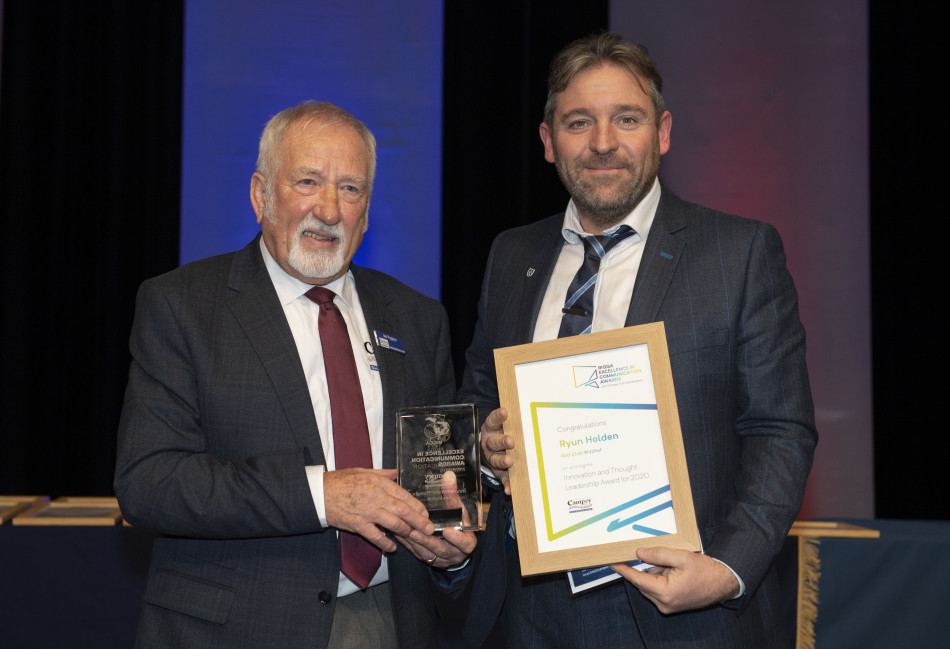 For the first time, a new set of prizes were introduced at the BIGGA Welcome Celebration. The BIGGA Excellence in Communication Awards sponsored by Campey Turf Care Systems seek to recognise those BIGGA members who have embraced communication as a vital tool available to the modern greenkeeper. Awards for the best use of social media and work in the community will be handed on the second day BTME on the Campey Turf Care stand, but at the BIGGA Welcome Celebration, the winner of the Innovation and Thought Leadership Award was unveiled.

The award is given to the BIGGA member who had written the most thought-provoking article for BIGGA's monthly magazine, Greenkeeper International, with Ryun Holden of Golf Club Wylihof in Switzerland claiming the inaugural prize for his feature discussing the importance of conveying a positive message from the greenkeeping team to golfers at their club.

Ryun received a £750 cash prize and all-expenses paid trip to Florida, where he will visit the Campey Air2g2 factory, Daytona International Speedway, TPC Sawgrass and TIAA Bank Field, the home of the NFL's Jacksonville Jaguars.

BIGGA Chief Executive Jim Croxton said: "I take immense pride in the BIGGA Welcome Celebration as it is the opportunity for our association to recognise the unbelievable hard work and dedication that BIGGA members all over the world demonstrate every day of their working lives."

"As we saw once again through Michael's story, it can become all too easy to get caught up in all the negativity that surrounds the golf industry. Yet the BIGGA Welcome Celebration is an opportunity to show that there are many passionate and hardworking greenkeepers who have dedicated their careers to ensuring this great industry has a strong and vibrant future. BIGGA is nothing if not a community where members can come together to support each other through the bad times and the good. Thank you to all our sponsors and to everyone who came along to support this brilliant event."