by External source
in Football and People
on 19 Dec 2020 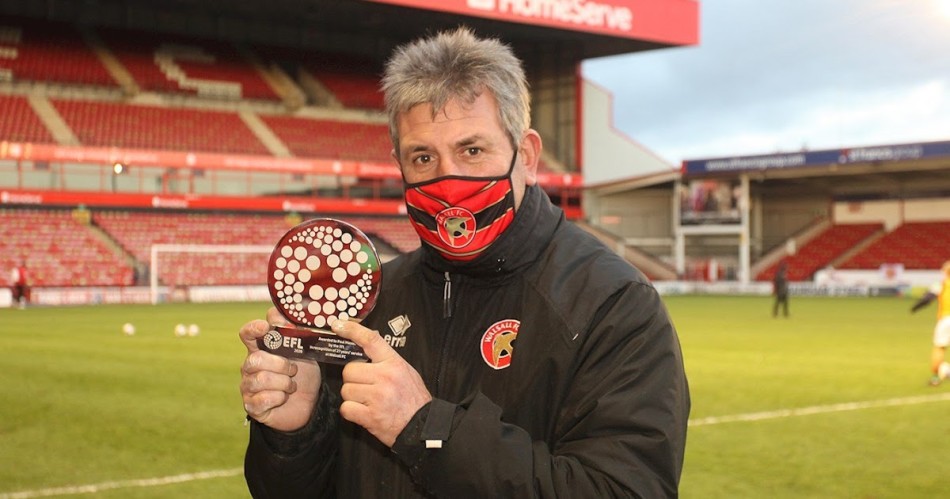 Paul was also presented with a trophy by Saddlers Chairman Leigh Pomlett at half-time during last Saturday's 2-1 victory over Bolton Wanderers to thank him for his excellent work over the last 27 years.

The presentation came as a surprise to Paul, but he was honoured to be presented with the trophy.

"I'm amazed and thankful to have my name put forward," said Paul.

"There are lots of other people who deserve an award here. I do it for the love of the club, not awards but I'm really honoured."

Chairman Leigh Pomlett was also full of praise for Paul who he feels thoroughly deserves the accolade.

"Paul has been a fantastic servant to Walsall Football Club over the last 27 years," Leigh said.

"He plays such an important role at the club and his hard work and dedication deserves this recognition."