'Heartbreak' For Leeds Cricket Club As Thieves Wreck Artificial Wicket: A leeds cricket club faces paying out thousands of pounds to repair damage after thieves cut up and stole part of an artificial wicket. 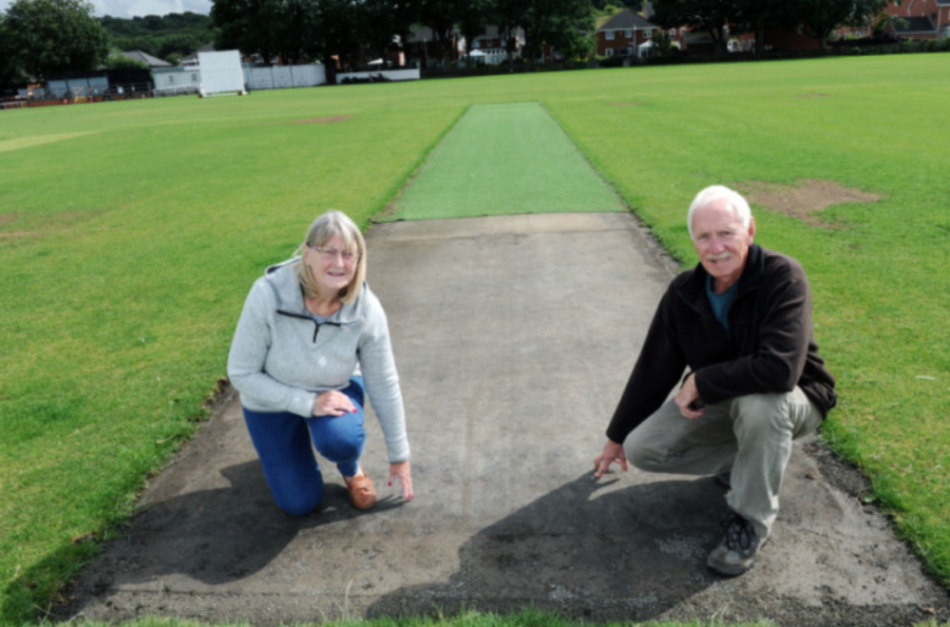 Hunslet Nelson Cricket Club volunteer Carol Thompson, 71, was "mortified" after discovering a 12ft section of the wicket in the middle of the square at the club's Gipsy Lane ground in Beeston had been stolen this week.

Mrs Thompson is child welfare officer at the club and her husband Howard, 70, is a coach and a groundsman.

She said the theft is devastating blow for the club, which runs three senior teams and five junior teams and is raising funds to build a new pavilion.

"We are volunteers at the club We have hundreds of kids form south Leeds. We are keeping these kids of the street and they are training two or three nights a week.

"It has been cut out straight across the middle, as if they wanted that exact measurement. I can't imagine what they are going to do with it."

"The pavilion we are using is literally falling apart. We have been trying to get sufficient funds and sponsorship to build a new clubhouse. To take £3,000 out of what little we have got means less money to put towards a new clubhouse."

A West Yorkshire Police spokeswoman, said: "On Tuesday 25 July, between 11.30am and 5pm, suspects gained entry to the ground off Gipsy Lane in Leeds and removed pieces of artificial turf and then left the scene. Enquiries are ongoing.