Torrential rain in the early hours of Wednesday put paid to Helensburgh golfers plans for the day - but it didn't stop one Helensburgh Golf Club worker from trying his hand at a different sport. 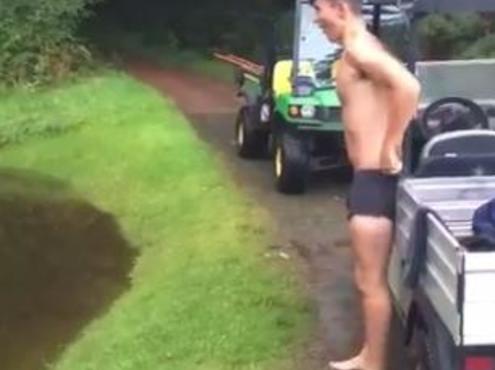 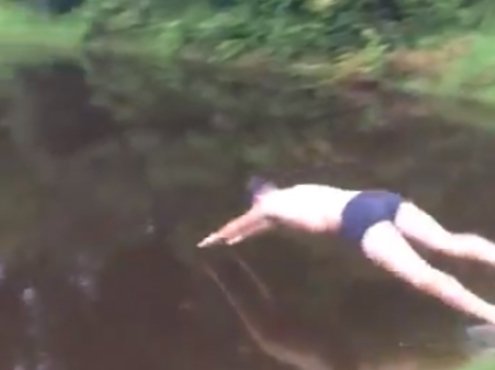 Greenkeeper William Brown took the opportunity to go for a swim in a flooded part of the course - stripping down to his underpants to do so.

A spokesman for Helensburgh Golf Club said: "It has been a difficult year for greenkeepers all over Scotland due to excessive rainfall, which is becoming the norm. An unbelievable amount of rain has fallen and, following the storms last night, 33mm of rain meant we had to cancel the senior open - the Heron Cup - at 7.30am."

"We posted the video online after the course manager Robert Bacon had this idea as a way to boost the morale of the team. We shared it online to show our members and, although the Heron Cup was called off, the course was open again at lunch time, two hours after the video was posted."

You can view the video HERE