by Brian Sandalls
in Cricket and Synthetics
on 22 May 2019

0 Help from a hybrid

Brian Sandalls, Head Groundsman at Preston Nomads Cricket Club, publishes a monthly blog for the Sussex Cricket Groundsmen's Association. In his latest blog he has interviewed Tom Alcock at SISGrass Pitches to find out more about hybrid surfaces for cricket. 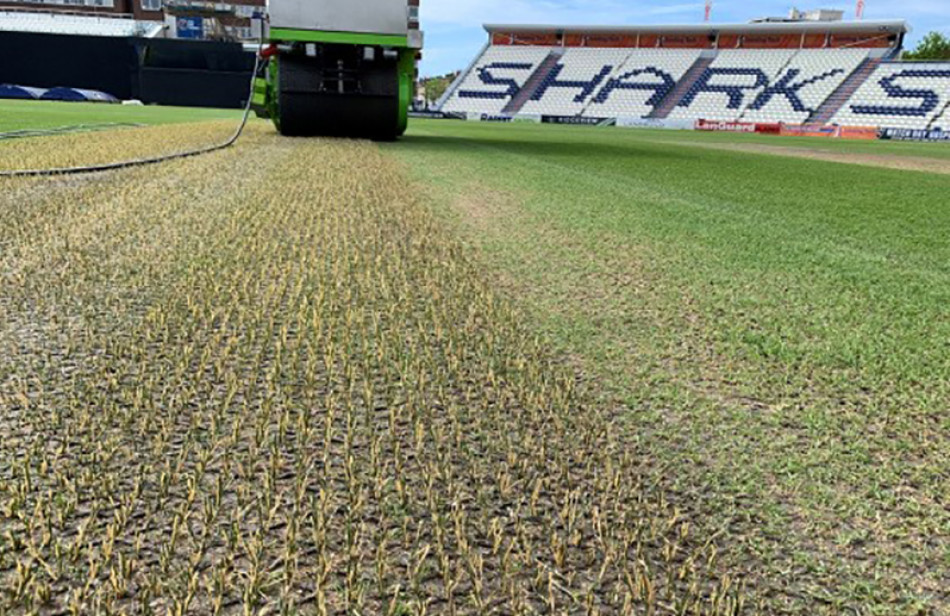 Fellow groundsmen, I hope the season is going well and the weather hasn't been to unkind to you. It certainly was a challenging early May.

This month, we are looking at hybrid/stitched wickets and whether these are just for the counties or recreational cricket as well?

We will also be getting the thoughts of Chris Geere at the Blackstone Academy Ground who has recently had a hybrid surface stitched into one of his wickets and we shall also be hearing from the supplier directly, after l put to them your questions.

What are hybrid wickets?

SISGrass pitches are made up of 95% natural grass and 5% two-tone polyethylene yarn. In football, that has led to considerable improvements in surface performance. The SISGrass system has been used at 6 out of 12 World Football Cup stadiums in Russia.

SISGrass use either a green or straw-coloured yarn to make natural turf cricket wickets look as authentic as possible. And, from a spectating distance, they are almost impossible to differentiate visually from a fully grass surface.

The fibres are inserted at 2cm x 2cm at 9cm below the surface level, and up to 1cm above the surface. The potential advantages this could bring to cricket matches are incredible, increasing the durability of the pitches to extend match play and practice sessions.

So Tom, what is the expected life span within a cricket wicket?

Very difficult to say at this stage. Full depth stitching (180mm) in football is expected to last 8 years and can last 10+. Being half-depth (90mm) will reduce this, but we do get excellent anchorage from cricket loam. A lot will depend on maintenance, amount of use, renovations etc. 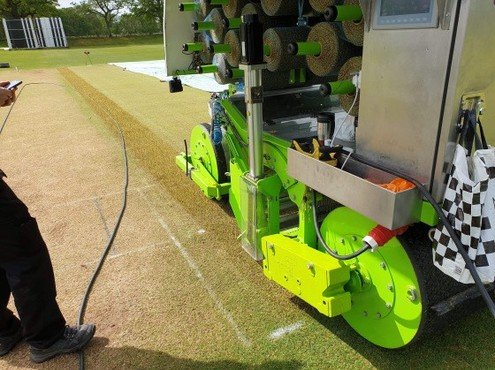 Could this technology be used just for the ends and, if so, will we still get footholes?

It can just be used for footholes but, financially, it would have to be a significant area to make this work. You will still get some wear in footholes once stitched. A comparison was carried out between a hybrid and non-hybrid pitch on the same ground. Footholes on the non-hybrid were twice the depth with half the amount of overs on the track.

What is the average cost and what are the benefits to a small club with limited funds?

Benefits are reduced wear with increased performance. It's difficult to give an average cost, contact me onThomas.A@sispitches.com for more info on this.

What happens to the material at the end of its life span and can it be re-stitched and/or removed?

The yarn can be separated and removed. Re-stitching would depend on how much yarn Is already in the surface.

Will koroing effect it and, if so, at what depth would it be detrimental to the stitch?

You can Koro in a normal way using the 'Universal' attachment. It may mean taking less out per pass, but you can reach the depth you would normally look to achieve.

Will the hybrid surface significantly improve a poor pitch's root break and or poor soil strength?

It can do yes. The action of the machine with 6mm tines going down 90mm on 2cm spacings is an amazing aeration tool in itself. It can help to break through layering and the aeration encourages root growth at depth.

What percentage of the area is actually stitched?

During renovations, would a scarifier remove much stitching?

You may remove a very small amount, but this would be tiny percentage of the amount of stitching.

What is your market; just the Counties, or do you expect to be working within club cricket?

It has initially been County cricket, but we expect this to filter down into club and school cricket.

Is there a minimum area that can be stitched, to make viable to you?

One pitch is the minimum. Financially though, it makes much more sense to get more than one installed because our travel and set-up costs make the installation of just one pitch expensive in comparison.

What are the benefits of having a hybrid surface? 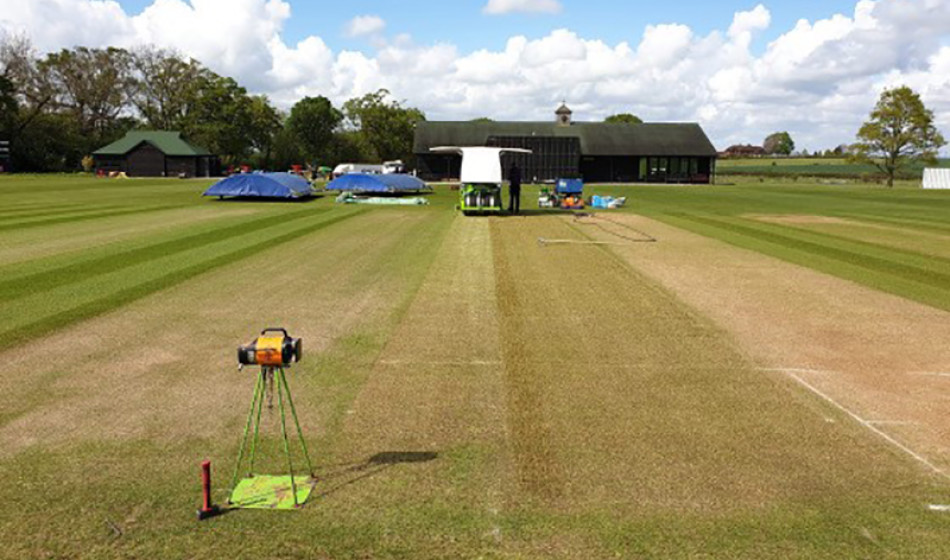 Chris Geere from the Blackstone Academy Ground gave the feedback on his experience of having a hybrid surface inserted.

What are your expectations in regards to hybrid pitches and what is the plan for the future of the hybrid surface at Blackstone?

The expectations are that we will be able to get much more use out of the pitch. It's difficult to know quite how much extra use, but possibly up to double. The plan for this season is to use it for two Sussex 2nds T20s and eight Sussex age group games.

We have to wait for two months after installations to allow the stitch holes to close up and then we plan to use the newly stitched wicket then.

How do you feel installation went?

My experience of the installation was extremely positive. The guys doing it were knowledgeable and competent. It took a whole day to do the one pitch, which is a bit longer than normal. This was because there wasnt quite enough moisture in the pitch. Apart from the time doing it, there was no disruption to the square. We had a game on it two days later and everything was fine. There is no special aftercare to undertake; we were just told to treat it like a normal part of the square .

What was your reason for having a hybrid pitch installed?

The reason for having it done on our main square was mainly because the powers that be at Sussex CCC wanted to know more about them before they committed to doing match pitches at Hove.

Personally, I want them in my grass net area. That will help me a great deal as, at the moment, I'm only getting two or three weeks out of a pitch - this could increase to six or seven weeks, or even longer.