0 Henley GC splashes some colour into the course 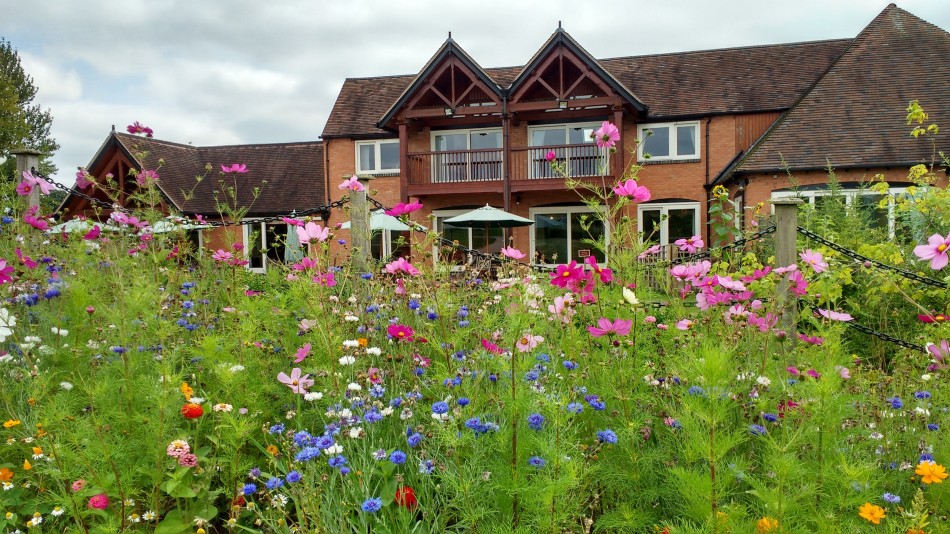 By using a range of Limagrain Colour Splash flower mixtures, Jim Griffith - a 68 year old retired teacher, has injected some stunning colour into the course at Henley Golf & Country Club in Arden, Warwickshire.

After taking up golf 18 years ago, Jim became a member of Henley Golf Club and soon made the most of retirement by playing regular rounds on the course which is set within the grounds of a 200 acre estate of landscaped parkland. Three years ago Jim started taking more of an active role at the club by helping out around the course, cutting back hedges, trees, seeding, planting and other general maintenance tasks, before he was then joined by other club members wishing to volunteer.

"This year our volunteer numbers have swelled to 14," says Jim. "We call ourselves the 'Ground Improvement Team Seniors, or GITS for short and generally help out after playing. Some days I can call upon six or more."

Showing great dedication for their club, the volunteer group decided that the course would benefit from an injection of colour. Having seen the nearby Gaudet Luce Golf Club with a stunning array of flowers, Jim sought the advice of the course manager who then passed on the details of Limagrain.

"Keen to get started in February 2015 we met with Matt Gresty of Limagrain who gave us further ideas, brochures with various seed mixture products and costs. We then identified areas around the golf course for potential flower cultivation. After working out potential costs we were given the go ahead by management and ordered a variety of seed on Matt's recommendations - Festival, Honey Bee, Aurora and Bio Diversity two year mix."

With the products in place, Jim and the team started the project by rotavating before seeding in May 2015. A couple of months later and Jim was soon reporting excellent results.

"Worried about what was weed and what was flower I invited Matt to see our early results in June and to identify weed from flower. Though time consuming, we managed to weed each area and by mid-July our efforts were rewarded with displays around the course. Displays continued for three months and comments from members were very positive so we decided to continue the project in 2016. The most popular seed mix was the tall Festival which appeared more prominently than the shorter mixes though Honey Bee provided some of the best displays." 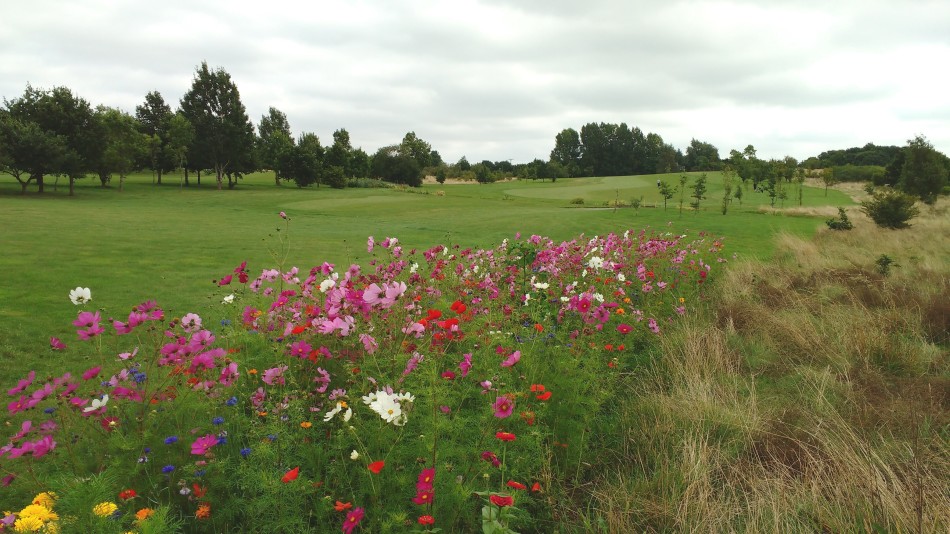 True to his word, Jim and the team did indeed commence with the project in 2016 by doubling the size of the area and adding a further six plots. Although faced with unfavourable spring weather conditions the team's efforts were soon rewarded.

"In late July and early August we began to see evidence of blossoms and from August onwards we have now seen magnificent colour. Widening the areas has given depth and adding additional poppy seed to each plot has provided extra colour. The Festival mix was again a real winner."

The Festival mixture from Limagrain UK's Colour Splash range contains a variety of beautiful mixtures including Cosmos Sulphureus, Cosmos Bipinnatus Sensation, Sunbow Zinnia, Cornflower and Tithonia Torch. Resulting in a mesmerising wave of colourful flowers, this mixture stands at between 1m to 1.5m, or more, and can easily be seen from a distance.

This popular mixture is just one of eight exquisite mixtures in the Colour Splash range - each meeting the numerous expectations of those who delight in appreciating a significant dash of colour. The Colour Splash mixtures are not only great for aesthetic purposes but they also have a significant impact on the surrounding wildlife in the sense that they provide a refuge that offers a rich and varied source of food.

Jim is looking to continue the project into 2017 and has already selected new mixtures from the Colour Splash range. The effort and determination from Jim and the team are really quite remarkable and it is this dedication to his local club which has earned him a nomination for the 2016 Warwickshire Golf Awards in the category of 'Unsung Hero'.

"Such a project is time consuming, needs effort and perseverance but the ultimate results make such efforts absolutely worthwhile," says Jim. "Costs are relatively small considering the benefits and I would certainly recommend Limagrain as an option - particularly the advice and on-site support Matt Gresty has given me.

"Flowers can enhance even the most picturesque of golf courses and our efforts have been the source of many appreciative comments from club members and visitors. Even when people are concentrating on their golf they still have time to enjoy the aesthetics of the course."