For many, this summer has felt a little like the winter of 2015: after a few months of incessant dry spells, the dark clouds gathered suddenly and we asked, 'where did that come from?' 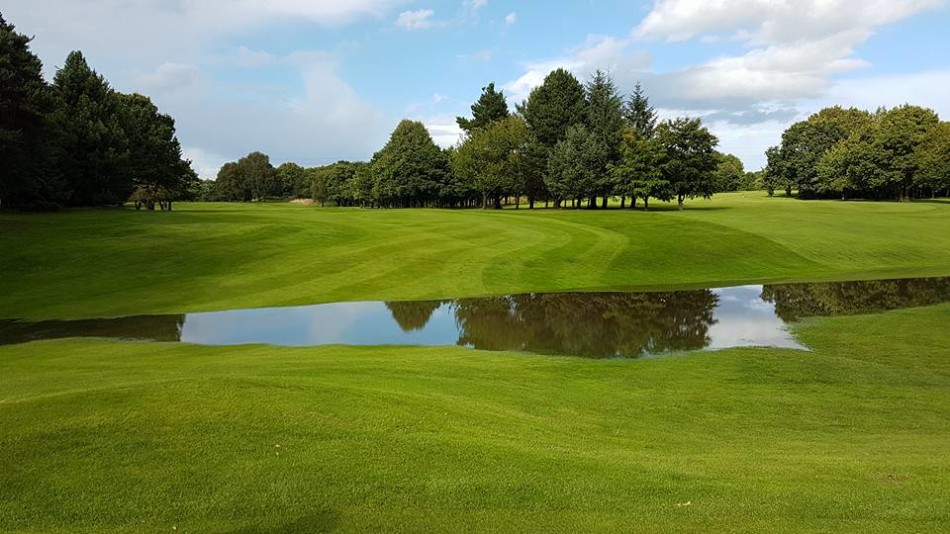 In fact, this June and July taken together saw as much rainfall as the first four, supposedly wintrier, months of the year combined - and August is expected to have been the heaviest yet.

We'd usually expect that what all of this means to groundsmen and greenkeepers would be panic, horror and the odd moan via social media.

What you can do to help your surface

As you know, when enough water has already fallen onto absorbent soil, it creates saturated mud, which can't hold any more moisture and results in flooding.

Advice from the Land Drainage Contractors Association, however, tells us that slow, constant drainage is the only truly effective solution, using the following logic:

What this means is that an amount of standing water will accumulate over time, but there are methods to filter this to more useful areas, such as reservoirs and natural lakes, before they reach their intended destination, the rivers.

Methods for taking this water from where it is drained to where it can be temporarily stored include ditches with integrated weirs, and localised water accumulations such as this can be used to feed irrigation methods for those who would prefer to recycle otherwise wasted water. These can be aided in terms of cleanliness and sustainability largely by techniques which control the water's flow, and prevent it from making its way downstream too quickly.

Modern techniques, such as series of man-made buffers, can be very effective but, when resources are scarce, grassy mounds and gullies can slow water enough to avoid many of the problem which come with its siphoning.

The LDCA summarises this in the phrase 'drain before the rain'. This is to say that if we drain pre-emptively, we turn the soil into an absorbent, useful mat which can be manipulated in countless ways.

If we leave our drainage until after the event though, the soil won't work with us, the water will become surface run-off water, and our options will be depleted - we will flood.

Pitchcare have also published on this issue in the past, although rarely in times of such heavy rainfall. The eastern and northern areas have seen such downpours that many in the regions will be wishing they had acted sooner.

For their future sakes, let's refresh what we know:

And the Royal Horticultural Society have some advice for those with extremely limited resources. If all else fails, or the funds don't allow for real drainage systems or machinery, the following techniques may help as a last resort: pricking; slitting; spiking; and trenching.

What the turf professionals think

But is it really causing you major problems? Or do you have ways to combat the torrents?

We asked around a little to see how different regions were coping. From contractors, to hillsides, and heathland, here are a few examples of the difficulties, or lack of them, experienced across the worst-affected parts of the country. 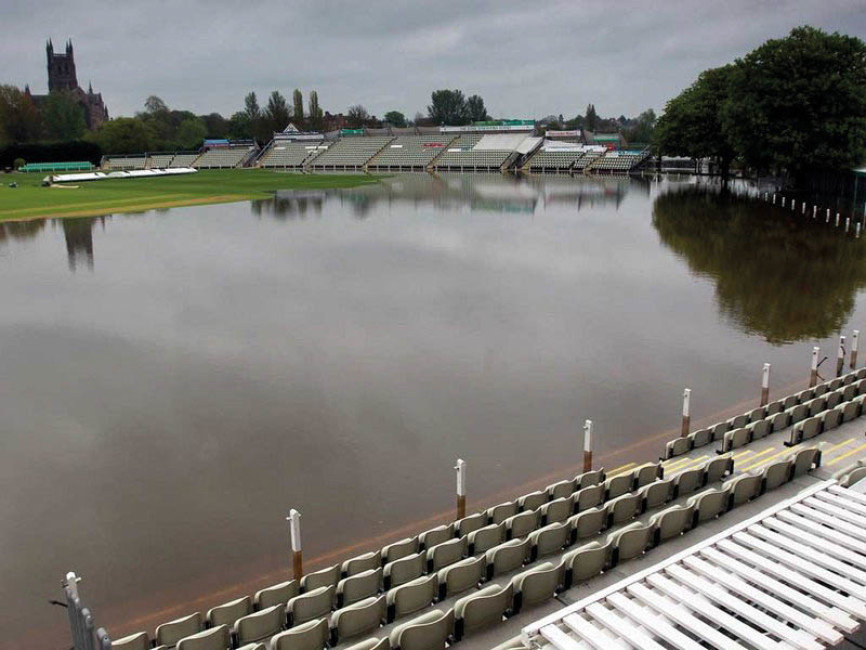 In Telford, things were bad, but the man in charge of the National League North football club's field gave a strong compliment to the work of turf contractors and the help they can provide when protecting oneself from the elements.

Mick Conway, the Head Groundsman at AFC Telford United, said: "ALS has helped us to do the renovations for us at the end of season. The top was taken up, turned over, and re-seeded. That's helped avoid some of the problems that the rain might otherwise have brought."

"However, there are certain areas of the pitch we couldn't work on. Sometimes the rain is so heavy, there's no one around that can avoid that."

In the words of the Pitchcare staff in May 2015: "The purpose of the renovations is to de-compact the pitch, increase the air space in the soil profile which will encourage root growth, restore levels by topdressing and re-populate the sward with new grasses and encourage the new sward with some timely feeds."

On the south-western edge of the Pennines, at Bolton Golf Club, the Head Greenkeeper spoke of how such weather affects those whose courses feature difficult terrain.

Richard Banning told us: "The soil is pure clay. They used to quarry over there. We're on the side of the hill rather than in the valley though, so that helps with the drainage a little."

"What that does also mean, however, is that when the weather gets bad, it's difficult to access the course properly. When it rains a lot getting to the greens is a problem."

Richard also mentioned that his drainage systems were recently hugely upgraded. That wise investment on the club's part encourages better protection from such weather phenomena in the long term - and Richard is seeing the benefits already.

On the outskirts of the famous forests of Nottinghamshire, the rains were amongst the most extreme anywhere. This posed a threat to many areas, but we shouldn't forget that some turf professionals are simply blessed with immaculate natural drainage.

Colin Bee, Secretary and Club Manager at Coxmoor Golf Club, said: "Down to about 6 inches on heathland courses such as ours, it tends to be primarily sand."

"Obviously, when the deluges are as they were recently, nobody is invulnerable. But, we're lucky as it basically just soaks straight through. Our friends close by, though, have had a really tough time with it."

Local clay-based courses were hit hard by the same weather, while the natural advantage of heathland turf proved bigger than any man-made variable could.

If you have further suggestions on how to defend against the rain, or you just want to comment on something you've read, please write in to our editorial department: jake.barrow@pitchcare.com