Owners of the course at Dollar are hoping it can enjoy a new lease of life after being reduced from 18 to nine holes. Dollar Golf Club, the oldest club in Clackmannanshire, having been founded in 1890, shut down at the end of last year. 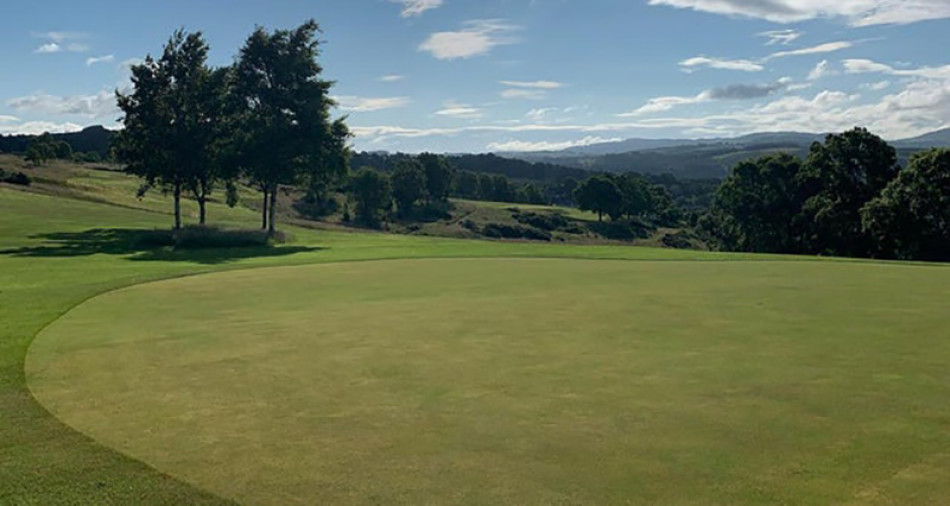 The club itself is not being resuscitated, but Harviestoun Estate, the landowners, have re-opened part of the course.

Maintained since March, the nine holes that have been saved and a putting green are now open again.

"It's a historical course and the farm has been involved from the start, so we are keen to try and keep golf going at Dollar as it is a good community asset," said Nicholas Poett.

"It was sad to see the club close at the end of last year and now we are keen to try and keep it going as a lot of blood, sweat and tears have gone into it over a hundred-odd years."

"We re-employed the head greenkeeper, Tony Leach, who did an excellent job before and it is looking really good."

Clubs around Scotland have enjoyed a membership boost since courses re-opened following following the Covid-19 lockdown, but Poett insists this is not a case of trying to jump on any bandwagon.

"I have to say that I haven't been following the wider golf progress in Scotland over the past few weeks. I'm not up to speed on that, unfortunately," he added.

The course has been occupying its present site on the slopes of the Ochil Hills since 1906.

"There was a lot of sadness from all aspects of the community when it was initially announced that it was going to close," said Poett.

"However, I think that converting it to nine holes has allowed a lot more people to get up there and explore it. A lot of people are up there now, having not known it existed. I hope people can see the positives from what we are trying to do by trying to keep it alive."

"There is a contingent within Dollar who are keen to see it continue. They've signed up to other clubs, but they are keen to support it, which is great."

"Tony has had various old members come up to him and say they are re-interested in joining. If we can get a core established again, that would be great and hopefully we can do something with Dollar Academy to encourage younger membership."