0 'History is made' as Luton secures planning permission for stadium

League One football club Luton Town has been granted permission to build a 17,500 all-seater stadium in the town centre. 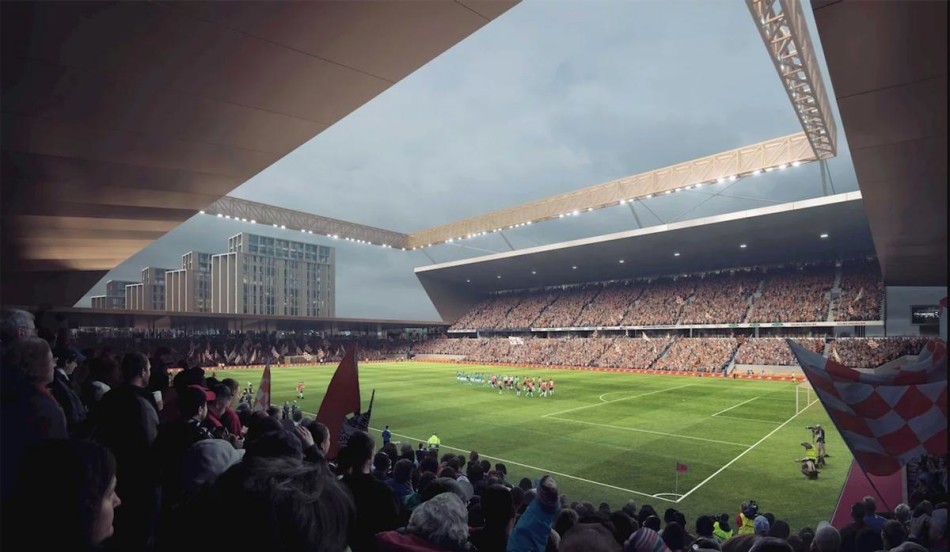 The club submitted a planning application for the stadium to Luton Borough Council (LBC) in August 2016, but has had to wait more than two years for a final decision.

The club has already signed a deal for the stadium plot - the Power Court area of Luton - with British Land PLC.

In addition to the stadium, plans for the site include a mixed-use venue featuring a piazza, cafés and restaurants.

Designed by AndArchitects, the stadium was initially set to be built in time for the 2020-21 football season, but delays now mean that time scale has been pushed back.

"History was made this evening and the decision and ends almost 70 years of waiting for the Club who have been trying to relocate since the 1950s," he said.

"It instantly elevates our footballing ambition to another level."

"If Leicester City in a new surrounding can win the Premier League, then so can we."

"It will increase our support base and make sure Luton Town are permanently financially viable going forward."

He added that, as well as the stadium, the project will bring "much-needed regeneration" to Luton town centre - revitalising Power Court, an area that has been largely unused for more than a decade.