Dave Holmes of Deeping Rangers has been recognised in The Football Association National Leagues Groundsman of The Year 2018 with a runner-up award in the Step 5 and 6 section. 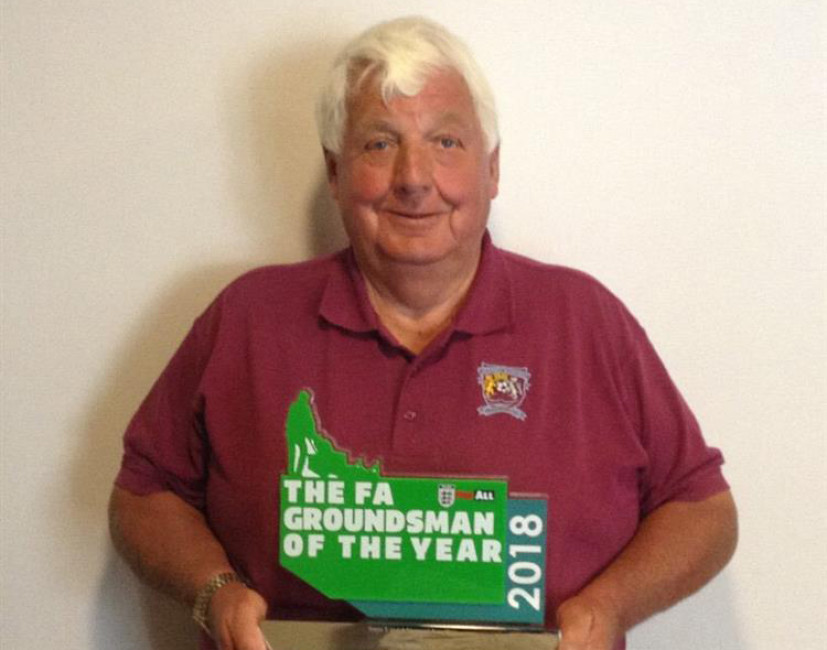 The presentation was made at St George's Park as part of the FA's recognition programme for non-League clubs.

Holmes said: "This award is accepted on behalf of the 'Friday Morning Crew' - Ken Phillips, Mac Paget and Graham Phillips - who have worked hard during the season to prepare all of the pitches and allow this to happen."

This is the second time that Holmes has been to the national awards, having been placed third in 2014.

Clarets chairman Paul Smith attended with Holmes for the awards plus a question and answer session.

You can read the original article from Spalding Today HERE