by Clive Youlton
in Football and People
on 17 Jan 2021

Horley Town have their very own ground Hopper. And if there's one thing that gives pleasure to club groundsman Barry Hopper it is recognition from players and supporters that the pitch he prepares at Horley Town is a good one. 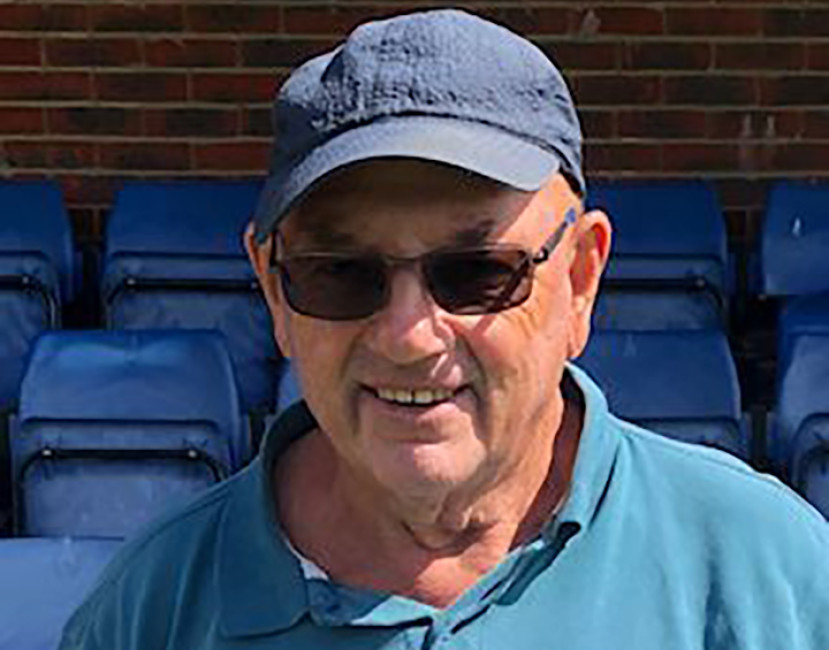 Having played for the club for ten years from the age of 19, Hopper was to return many years later as a supporter before he decided he would like to look after the ground as a volunteer. For the past seven years he has been an ever-present and invaluable help to chairman Mark Sale and the club.

Hopper, from Redhill, lives in the suburb of Woodhatch, and is devoted to his duties at the New Defence, having played for the club at the Old Defence for a decade.

"I started off playing at Battlebridge as a youth player and then moved to Horley aged 18 or 19," he recalls."

"We started off playing in the Surrey Intermediate League and we got promotion and moved into the Surrey Senior League. I played for more than ten years. I was a defender, although in my youth I was a winger but as I got older, I dropped back a bit.

"When I stopped playing, I moved away for a while but didn't really do anything but then came back to Horley as a supporter and then got interested in doing the ground."

"That entailed doing everything. Cutting the grass, doing the lines, generally doing any repair work and looking after the ground."

He adds: "We not only have the first team, we have the reserves and the U23s and the pitch takes some looking after. But you can only get on it when you can. People think you can just go down there and cut the grass but the weather dictates when you can do all of this."

Known to many as 'Bazza', Hopper had plenty of jobs in his working life, mainly office-based and says: "I was made redundant quite a few times and picked up what was around. I worked for a building company in Dorking for a while and ended up working for Dorking Council too. Just in the offices dealing with queries and things."

He has help in the shape of Dave Beckett, who joins him a couple of mornings a week, and likes to keep busy and enjoys the company of others down at the club. The Covid-19 pandemic means he has been able to go to the club only sparingly.

"There's always someone popping down and I have people I can call if I need," he says. "But I haven't been down there for a while this time around [third lockdown]. It's wintertime, so there's not much needs doing. It's all shut up anyway." 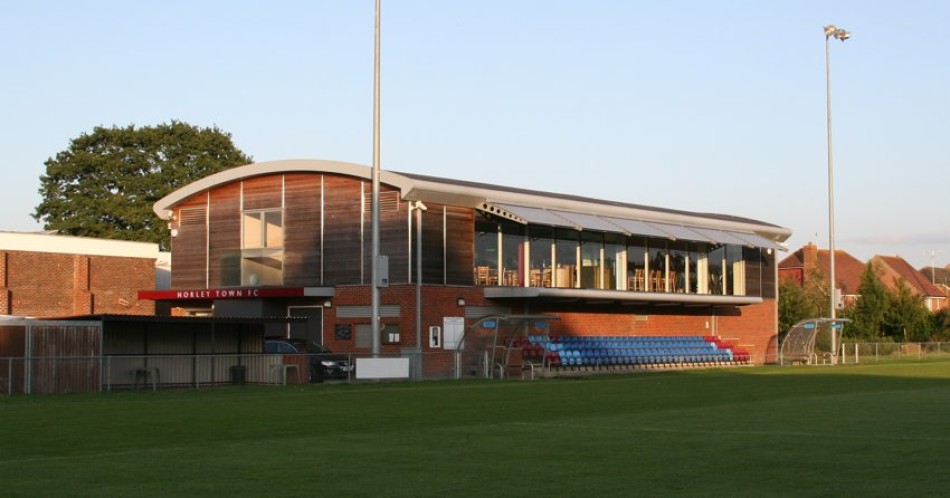 In normal circumstances, the role gives him a purpose and he has a good relationship with Sale and first-team manager Anthony Jupp. He adds: "I'm retired and have been for seven or eight years and it's nice to get out of the house and get out and do things as it keeps you fit and I'm doing something useful and helping out.

"Mark is very good and Juppy too, we all get on together and all help each other out when we can. I watch all the home games. I enjoy it and especially at the moment as they have a good squad of players and they seem to enjoy it and get on well together."

His favourite player is Ashley Nadesan, now at Crawley Town, and a player who was man of the match against Leeds United in the Sussex club's FA Cup triumph on Sunday. He says: "Ashley was good and still is good. He is one of the quickest players I've ever seen and was a joy to watch.

"It's rewarding knowing he played on the pitch I prepared. When players actually come and tell you how good it is, it's nice. When it's been turned over after a game and you have to get the pitch ready for a couple of days time, they come out and say, 'how did you manage to do that? What a smashing pitch'. And that makes it all worthwhile for me. For that to come from the players, and the fans too, they can't believe it."

Hopper, whose wife Sally once worked for the Surrey Mirror as a secretary in the finance department, was handed a certificate from the FA in July of last year, an award for Grounds Team of the Year, when he was highly commended. It was a fitting recognition and Sale adds: "Barry is down there [at the club] every day looking after the pitch. Without Barry a lot of our games wouldn't go on.

"Dave Beckett helps him and Dave will do a couple of mornings. But Barry does everything. He cuts the grass, rolls it, lines it, picks up rubbish after matchday, looks after the nets, cleans the lawnmower, everything."

"He stands with his friends and watches every home game. I've known him for the last ten years. He started helping out as a volunteer around seven years ago and is doing it on a full-time basis which he seems to love."

"He's a lovely guy and our unsung hero. He likes to go and watch Merstham as well when we aren't at home, and sometimes he might go to South Park. All the boys totally respect him and everyone at the club thinks a lot of him."