by Laurence Gale MSc
in Local Authority
on 14 Jul 2006 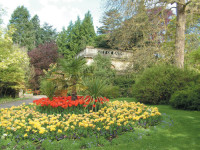 Bath & North East Somerset Council, like many other local authorities, have been through a period of change, restructuring to meet the demands of government polices on sustainability and environmental issues. This has resulted in the amalgamation of traditionally independent council departments such as street and rubbish collection, highway cleansing and parks and open spaces into a larger department that can be managed more efficiently. 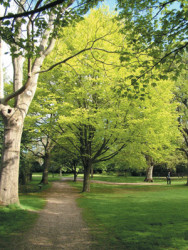 In December 2004 the council appointed Robert Standen as Operations Manager for the Leisure and Amenity Department, which employs well over 100 staff to maintain and provide the following council services:-

Robert has worked in local authorities for over 30 years, beginning as an apprentice with Birmingham in 1974. He also has the honour of being a Britain in Bloom and Green Flag judge for the south west region.

Robert believes the amalgamation of the different departments has allowed him to coordinate the services more effectively and efficiently. Already there has been a vast improvement in litter and street cleansing in the last twelve months which has seen a 15% improvement on labour efficiencies within the district. The council is now up to 91 % of the targets set by the Government's Department for the Environment, Food and Rural Affairs.

A number of ward by ward surveys were carried out to find out what their customers expected and wanted from the street cleansing and litter collection services. This resulted in some changes to working practices, the staff were encouraged to take ownership and pride in what they were doing in the community. To increase public awareness of what was expected from these new initiatives a series of Environmental Action Days were staged.

In recent years Bath has won a number of Britain in Bloom awards. With a growing emphasis on other factors such as litter, graffiti, r 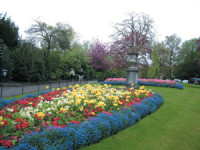 There is no doubt the public of Bath appreciate their parks and open spaces. At the time of my visit the Royal Victoria Park, adjacent to the landmark Royal Crescent, was busy with locals and visitors enjoying the magnificent facilities.

The park has a botanical garden area and nursery which supplies over 500,000 spring and summer bedding plants for the area's formal floral displays. Nursery manager Richard Collect has a team of seven staff that, in addition to the bedding plants, produce 1000 hanging baskets and over 500 tubs and troughs for various locations in and around the city.

Despite the efficiency improvements, Robert and his team have an ongoing struggle to work within tight budgets balanced against increased public expectations and additional use of their facilities. He accepts, however, that he is not alone in this respect.

It continues to be a hard task, justifying increases to maintenance budgets, but, by winning awards and raising public awareness of their work, it is hoped that they can secure the vital funding needed to sustain their wonderful facilities for the next generation of users.