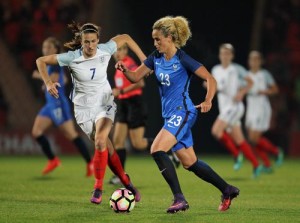 Nine French cities have been chosen to host the 2019 FIFA Women's World Cup.

It will be the eighth edition of the tournament, and event organisers will be hoping for an increase on the record overall attendance of 1.4m achieved during the 2015 Women's World Cup in Canada.

The tournament will be the third hosted in Europe after Sweden in 1995 and Germany in 2011.

Noel Le Graet, the president of the French Football Federation (FFF), said all of the bids presented by the candidate cities "were of high quality".

"This event will mobilise our cities, our regions, amateur and professional clubs and the people of France," he added.

"Women's football is on the rise, especially in France. I am convinced that the tournament with be a huge success, both from a sporting perspective and with the public.