0 How I discovered Trump is fueling anti-US feeling

He's an American who wants to build a links golf couse in Scotland, but Todd Warnock objects to comparisons with US President Donald Trump.

"Man's inhumanity to man. Makes countless thousands mourn!" If Robert Burns was alive and writing now, he might well have used these famous words to describe US President Donald Trump. As an American who has made his home here in the Scottish Highlands, I've been dismayed and disgusted, like so many others, by many of Trump's pronouncements and actions.

However, I've also noticed a growing and unsettling trend here in Scotland where some people, the odd politician, and some environmental organisations, when it's in their interest, have taken to likening Americans to Trump.

Dornoch was once described to me as "a thin place". I asked what that meant and was told it is an ancient Gaelic concept where beauty is so bountiful precisely because here the distance between Earth and Heaven is so thin. That is why I call Dornoch and Scotland my home now, and I've thrown myself into the way of life here.

Over the last few years, I have devoted myself to working locally on a number of development projects which have one theme: strengthening community. We've refurbished a listed former manse into a new award-winning hotel which attracts hundreds of visitors and employs more than 20 people; we led our community's successful fight to prevent closure of the Highland Council service point and saved four jobs; we met the challenge of raising £40,000 to turn the service point into a visitor centre; we co-authored the first book on Dornoch's most important citizen, John Sutherland (1864-1941); and we converted the empty albatross of the Dornoch Courthouse into the new Carnegie Courthouse, now home to four successful businesses that employ more than 30 people. The renaming of this building spoke intentionally to Carnegie's remarkable Scots-American dream life and commitment to others. Inside you find stenciled upon the walls many of Carnegie's oft-quoted phrases including, "Teamwork is the fuel that allows common people to attain uncommon results". And I agree; when we work together, great things happen. 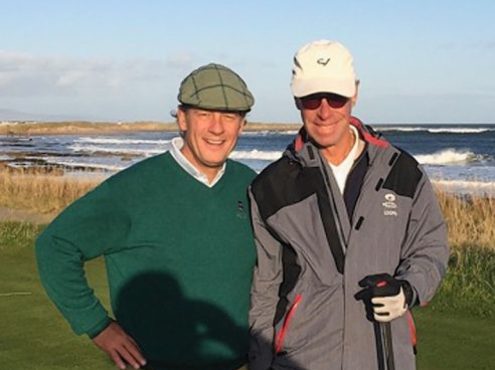 The project which is now dear to my heart is partnering with world-leading golf course visionary, Mike Keiser, and golf-course designers Bill Coore and Ben Crenshaw (of golf major-winning fame), to build a new championship course at Coul Links, just north of Dornoch and next to the community of Embo. The intention is not to build just a golf course, but to create an extraordinary course that will compliment the links already here, particularly the iconic Royal Dornoch. And to strengthen community by bringing jobs and visitors to an area which is much depressed. It will also protect and preserve an extraordinary environment suffering decline at the hands of austerity.

It's been well documented that our proposal has strong local support but, in fairness, it has had a very small number of local opponents as well. People are absolutely entitled to be for or against any project; we can all have our opinions. Debate and democracy are foundations of our way of life.

I should say that I have never worked with, supported or agreed with Trump. I could never give my backing to his policies or actions. Yet my partners and I find ourselves described as "peas in a pod" with Trump by a Scottish MSP, John Finnie. He has never met me, my partners or responded to my calls, yet he seems content to use Trump as a stick to tar me with, regardless of my actual beliefs.

I've also noticed this approach has been taken up at an organisational level. RSPB Scotland and SWT, for example, continue to focus on my nationality rather than the environmental facts of our strategy. They ignore the substantial environmentalist accomplishments of Mike Keiser and I while taking every opportunity to simply label us as "American millionaires". In my view, they are endeavouring to whip up anti-American feeling - just go read some of the objections to our proposal on the Highland Council website. This is not unlike the way the Trump singles people out by their nationality or belittles their intentions. 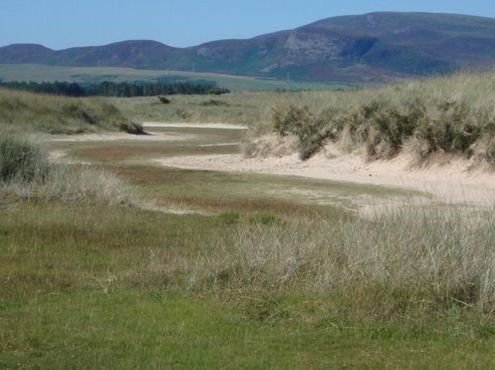 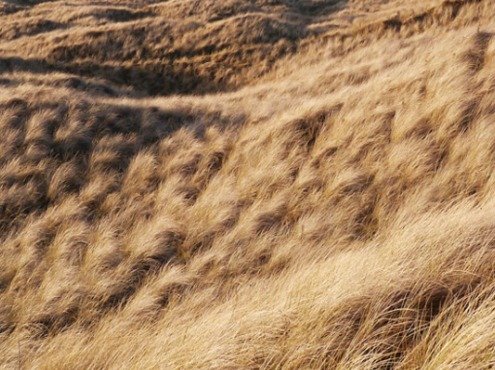 Similarly, the small group of locals self-named "Not Coul" try to paste the Trump scarlet letter upon us. A sensationalist video features Trump more than it does me or my partners. And they warn people of a "playground for rich American golfers". They've also used a private members-only Facebook page to cowardly post personal vitriol. Perhaps most offensively, their website criticises me for leading a $19 million fundraising drive to conserve environmental wetlands, the Saugatuck Harbour nature area, near my childhood home, saying I am a conservationist in America and Trumpian in Scotland. I'm proud of Saugatuck project and Coul Links. Strengthening community is again the theme.

There are so many incredible Scots and organisations who have kindly taken me into their community and given me their utmost support. Their generosity and openness are humbling. I am certain my partners, Messrs Keiser, Coore, Crenshaw and Haspell, share my deepest humility at the prospect of improving the environmental habitat and economic opportunity in this year by creating Coul Links.

That's why I am concerned at how other Americans, who might also have plans for investment in Scotland, might perceive this "Trump effect". I know for sure that my fellow American partners have been surprised and taken aback at the inaccuracy, ferocity and focus on our nationality by opponents to our proposal. We've been told that our work and our commitment have "no validity" because of Trump's actions elsewhere in Scotland. That makes no sense whatsoever, and in my experience is alien to how people living and working in Scotland actually think.

I would be greatly disappointed if fellow Americans were dissuaded by such negativity from creating businesses, investing in Scotland or even visiting these mountains, hills, rivers, glens and, yes, golf courses.

I can take disagreement, different opinions, and hearty debate on substance. That's all healthy and is welcomed. However, when people slip into talking about nationality, attack us personally, denigrate our proudest accomplishments, and when they 'play the person instead of the ball', they are actually letting Trump win. And when that happens, we cease to live in a thin place.