by External source
in Industry News
on 06 Feb 2013 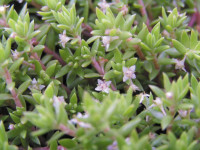 HTA supports the announcement yesterday by Environment Minister Richard Benyon that the sale of five invasive non-native aquatic plant species will be banned in order to protect wildlife.

HTA's Director of Business Development, Tim Briercliffe, comments; "We have advised retailers for a long time now that these plants are far too invasive and we fully support this ban. In extreme cases like this drastic action is required and we again advise all retailers to check that these species are not on sale.

"Some pressure groups are calling for far more species to be banned; we are much less comfortable with that and believe that in most cases allegedly invasive plants should be managed locally in the area where they are causing a problem. We would encourage the industry to promote responsible handling and disposal of plants as outlined in the Defra Be Plant Wise campaign."

Environment minister Richard Benyon said; "Tough laws to curb the sale of these plants could save the country millions of pounds as well as protecting wildlife such as fish and native plants. But as well as saving money and protecting wildlife the ban will also help maintain access to rivers and lakes for anglers and watersport fans."

In the past the plants have been sold and planted in garden ponds, but have escaped into the wild taking over from native species and damaging some of our most sensitive habitats.

The plants form dense mats in water, depleting oxygen and light availability, causing declines in the numbers of fish and other aquatic species. They also reduce access to waterways for boating and angling and increase flood risk which, taken together, can cost millions of pounds per year.

The ban means that all retailers will now have to stop selling these plants or face a fine of up to £5,000 and possibly up to six months in prison. Retailers have a year to adjust to the ban.