by External source
in Synthetics and Football
on 18 Dec 2018

Manchester United and England legend, Rio Ferdinand opened a fully refurbished third generation (3G) artificial grass pitch (AGP) at Stanley Park in Blackpool recently. The new facility was made possible thanks to investment from the Premier League & The FA Facilities Fund, which is delivered by the Football Foundation. 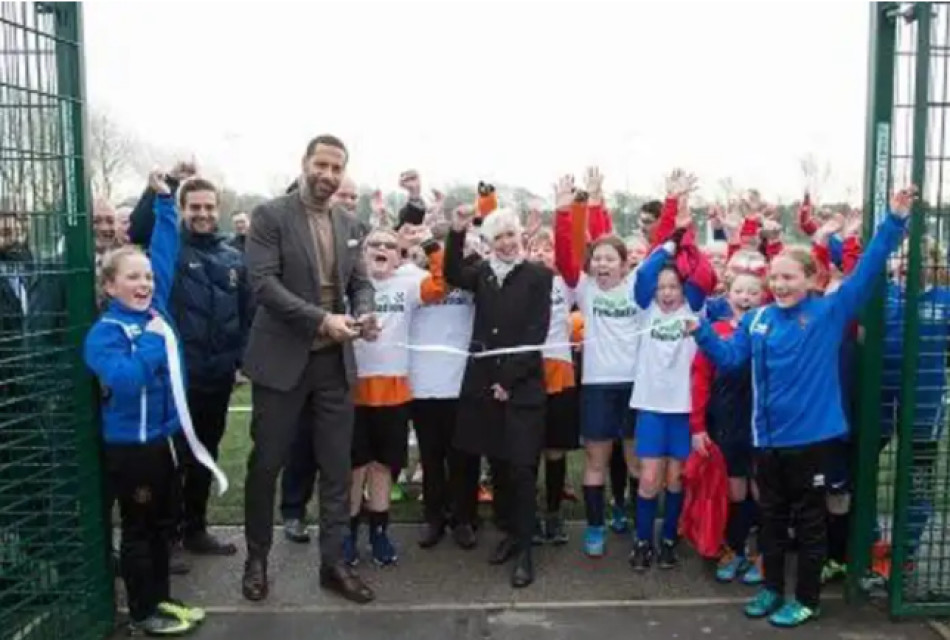 The grant enabled Blackpool Council to overhaul the existing floodlit sand-based AGP to create a 98m x 62m AGP. The existing floodlighting system at the site has been retained to ensure that the facility is available during the evenings thereby increasing capacity and availability.

The new all-weather pitch, which is part of a town wide approach to developing football in Blackpool, will provide continued and extended use for numerous local partner community clubs, including: Clifton Rangers FC, FC Rangers and Blackpool FC Girls and Ladies. As well as the partner clubs, the Poulton & District Primary League and Blackpool and Fylde Sunday Alliance will benefit from the improved facilities.

As part of a pro-club link with the council, Blackpool FC will use the refurbished facilities as a training base for their girls' and ladies' teams. In addition, Blackpool Council's sports development team will deliver a range of programmes including ManVFat and walking football.

Blackpool Council were awarded a £308,133 grant from the Premier League & The FA Facilities Fund towards the project. The council worked alongside the Football Foundation and the Lancashire County FA to compile a five-year Football Development Plan, which is a vision of how sport will be played on site with an emphasis on increasing participation.

The number of teams using the new pitch is set to grow from 60 to 86 teams in junior and adult formats, with 15 new female teams created. This will support a predicted increase of over 150 female players and is expected to result in an 85% growth in football participation within this demographic.

Significant growth in the number of Under-14 footballers using the site is also expected. This has been identified as a key objective to deliver and is expected to result in nearly 200 new players, which will be supported by the formation of 21 teams within this age group.

Since 2000, the Football Foundation Funding Partners' investment has provided 503 grants worth £13.9m towards grassroots sports projects worth over £32.3m across the whole of Lancashire.

For the original article visit www.footballfoundation.org.uk/news/