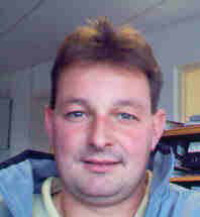 It is with great sadness that I pass on news of the tragic death of Ian Jackson, West Ham United's Training Ground co-ordinator at Chadwell Heath.

Ian was originally taken on at West Ham by legendary manager John Lyall as a 16-year-old in 1983. He started at Upton Park and moved to Chadwell Heath two years later as a trainee Groundsman. He eventually became Training Ground Co-ordinator.

A wonderful character who was devoted to his family and loyal to the club, nothing was ever too much for Ian and his passing is a great loss to everybody who knew him, inside and outside of West Ham United.

His funeral is open to all and will take place at Upminster Crematorium in Corbets Tey Road, Upminster, on Thursday, January 12th, at 11.30am.