After some shading issues were resolved at the exclusive Blackwell Golf Club in Worcestershire, Head Greenkeeper Rhys Thomas has since restored the greens to their full health thanks to a range of ICL fertilisers. 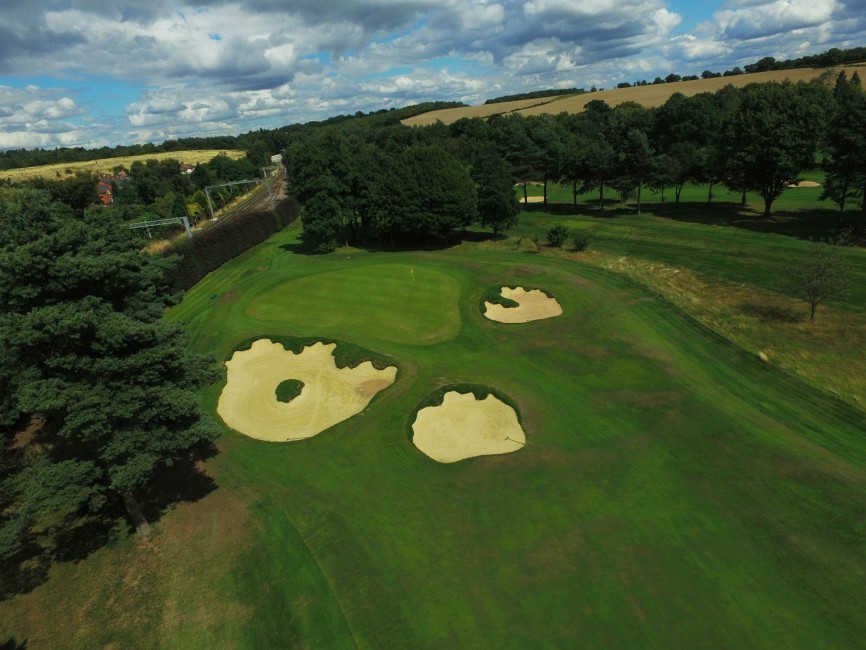 Blackwell Golf Club may well be the most exclusive club in the Midlands. With approximately 170 members, but despite the club always having a small membership, it has never stopped the club from achieving. In fact, Blackwell has been ranked in the top 100 UK courses for a number of years, boasts three English Amateur Champions, has hosted the Open Championship Regional Qualifying Event six times and was home to the Midland Boys Championship, won one year by a 14 year old Sandy Lyle.

Blackwell Golf Club will be celebrating its 125th centenary and throughout that time the course hasn't changed much from the original 18 hole design. The truth is - it hasn't really needed to, which is perhaps testament to the vision of Herbert Fowler and Tom Simpson who designed the course in 1923.

"Following an ecology report, we decided to remove the trees around the greens and tees that had been planted 50 years ago," says Rhys. "The trees had had little maintenance and the greens were in the shade and we'd struggle to get growth through the winter. Obviously, they would have a lot of wear during the summer and they never had an opportunity to recover."

After the trees were removed, it was apparent that the greens would need a lot of attention after being in the shade for such a long time. Disease had crept in, which had resulted in a few scars and damage, and in Rhys' own words - "If someone has a cold or is ill and they don't take any medicine, then they don't get any better. It's the same with the greens - they need good products to keep them healthy."

"ICL's Greenmaster Pro-Lite Cold Start is great for the spring," Rhys continues. "We know that the greens will kick-off immediately once we get it applied in March. Previously, members used to say the greens were not playing well until June. The right products are being used now and the members have certainly noticed the difference."

Rhys was also quick to highlight Sierraform GT K-STEP 6-0-27+2MgO+TE, which has a high potassium content to harden the turf in particularly stressful winter conditions.

"In January or February, we turn to Sierraform GT K-STEP which trickles along nicely and we normally get a good amount of growth following application. We may also re-apply it in March if we are doing some renovation work just to give us a bit of recovery.

"Because of the microclimate we have here at Blackwell, it does make it hard to have a strict programme in place - we just have to judge it as and when. But I've been using ICL products for a long time and I use them because I know how they work and I can judge the timing of the fertilisers.

"The ICL fertilisers have significantly improved the greens because they are a lot healthier now.