by Lucy Nicholls
in Chemicals & Fertilisers
on 07 Nov 2019 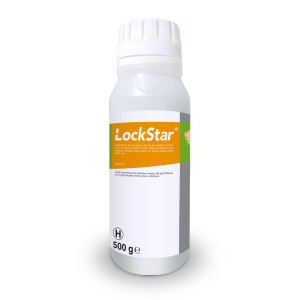 ICL has announced the launch of LockStar - a new residual, pre-emergent total herbicide for vegetation management in the UK.

LockStar arrives at a time when public green spaces, amenity areas and transportation infrastructure are all coming under increasing pressure from reduced budgets, weed infestations and a reduction in chemical solutions available on the market. This new herbicide will keep areas such as these weed-free, functional and visually pleasing.

Developed for use on natural surfaces not intended to bear vegetation, permeable surfaces overlying soil and railway ballast, LockStar controls a broad spectrum of weeds and has an innovative, long-lasting formula which allows for professional and safe weed control. The formula contains diflufenican and iodosulfuron-methyl-sodium - which is the first new weed control active ingredient to be released in the UK for many years.

When applied before germination LockStar creates a dual barrier at the soil surface ensuring that soil is kept weed-free for up to four months. To control weeds that are already present, LockStar should be tank-mixed with glyphosate or a fatty acid.

LockStar, available in a 500g pack, uses the latest generation of water dispersible granules, which means the product quickly dissolves in water and remains stable in the spray tank for a minimum of 24 hours.

LockStar should be applied at a rate of 500g/ha between February and June, with just a single application per season.