David Daly, Golf Course Superintendent at Hogs Head Golf Club in Ireland, has long relied on a wide range of ICL products, from the initial grow-in to now helping him maintain the award-winning 18-hole course to a consistently high level. 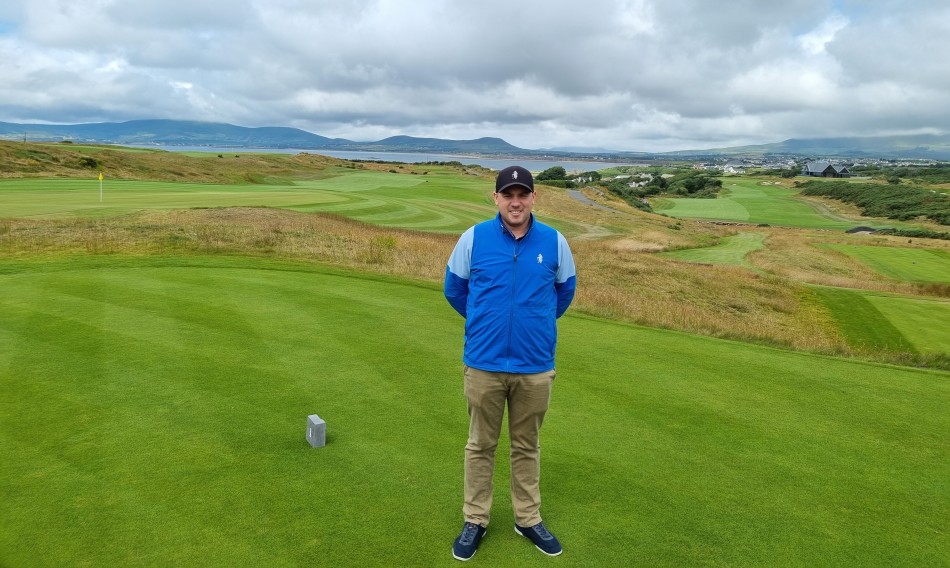 David started in the role when it was formerly known as Skellig Bay Golf Club. That was before the club was bought by current owners Bryan Marsal and Tony Alvarez II. What came next was an incredible transformation which has since seen the course voted "Ireland's Best Course" and "Best New International Course" by Golf.com.

Designed by the highly regarded Robert Trent Jones Jr., David was heavily involved in the plans and the grow-in period which took place from 2016 to mid-2017. Utilising the experience he gained in his previous roles at Waterville Golf Links and Killeen Castle, and by working closely with Keith Boland from Goldcrop, David thoroughly researched the best products to use for the grow-in.

The products he selected were predominantly from ICL, and they have continued to be central to his yearly turf management plan ever since.

It is safe to say that Vitalnova Stressbuster, which he uses to pre-condition the turf against stress, is one of his most favoured products.

"I like the instant impact the product provides," he said. "Especially the immediate natural green colour response. The simplicity of use, the 'fully-loaded' liquid formulation (the product contains a wetting agent, biostimulants, amino acids, macro nutrients, micro nutrients and iron) and that it is so tank-mixable."

David mixes Stressbuster with H2Pro TriSmart, PGRs and seaweeds before he applies it monthly from March through to September for best results.

At the start of each year David works with his team to create a yearly turf management plan, and although the weather on the south west coast of Ireland means the plan often has to adapt, ICL products are a common feature regardless.

In 2020 there was 2,000mm of rainfall, but David also has to contend with long periods of drought. It is for these reasons that David needs a proven water management product, and he chooses to use H2Pro TriSmart which he says, "ticks all the boxes."

When it comes to feeding, he relies on Sierrablen 28-5-5 - a granular fertiliser which provides sufficient nutrition for the entire main growing season in just a single application.

David uses Sierrablen on his fairways and green surrounds, and because he has a short season, starting in May, Sierrablen's longevity of 5-6 months gives him a certain peace of mind.