Deep tyre tracks were gouged into a New Forest cricket ground after it was targeted by vandals for the third time in just over a month. 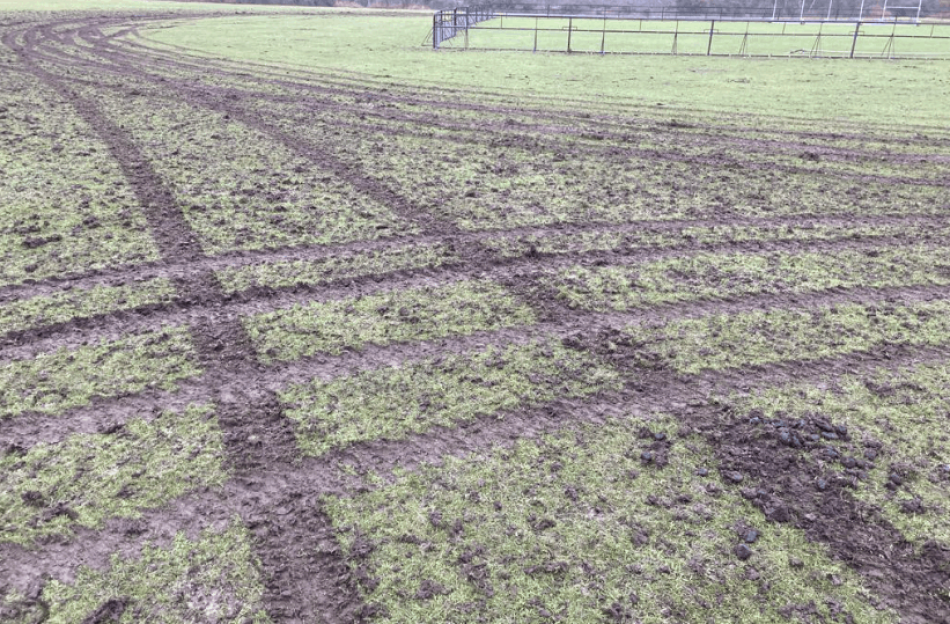 The tracks left were about four to five inches deep

Hyde Cricket Club slammed the "idiots" who drove vehicles over the outfield on Hyde Common, near Fordingbridge, on Christmas Eve, Christmas Day and Saturday 30th January.

Although the club is currently in between seasons, until April, Chris Shutler - who is groundsman, first-team captain and fixtures secretary - told the A&T the damage caused extra work for its small team of volunteers.

The latest overnight incident left the most significant damage, with tracks about four to five inches deep circling right up to the boundary railings surrounding the cricket pitch.

"I don't know how many of them there were, but it looked like two of them must have been having a race or something," Mr Shutler said.

"I think they're just idiots. Why bother trying to do something like this just because they've got nothing else to do?"

Pointing out it would take several days to re-roll the ground, he stressed the volunteers had to wait for it to dry to prevent causing more damage.

Mr Shutler believed a 4×4 was used, and partly blamed Hampshire County Council's failure to maintain ditches running alongside the field as these could have prevented vehicles gaining access.

"I don't think the ditches have been done for probably over 20 years," Mr Shutler continued.

"They're now not ditches at all. There are certain areas where you can just drive over, which is obviously what they've done."

Responding to the criticism, HCC cabinet member for recreation, heritage, countryside and rural affairs, Cllr Edward Heron, pledged contractors were due to have started deepening the ditches during the past week.

"We are working closely with the cricket club and parish council to remedy this issue as quickly as possible," he said.

"In addition, the county council has recently replaced several of the barriers around the pitch to create a further deterrent."

Those with information about the vandalism should contact Hampshire police on 101, quoting crime reference number 44210038008, or call Crimestoppers anonymously on 0800 555 111.