0 Ilkley gets set for top tournament

As it is about to start only its fourth year, it isn't surprising that the Fuzion 100 Ilkley Trophy tournament has quite a few new features this year. 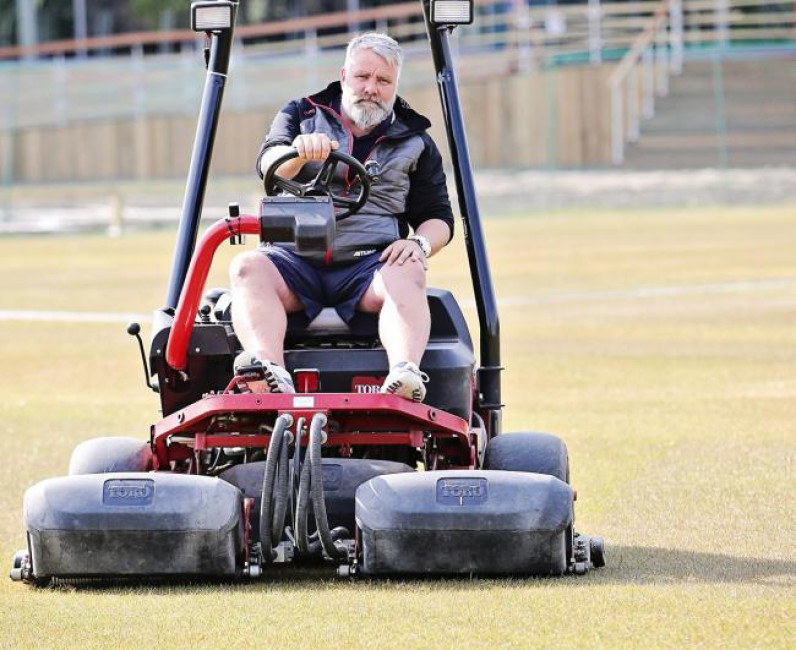 The most obvious development that spectators will see this weekend onwards is the additional show court near the grassed car park, while other changes are a picnic area next to the Centre Court, a larger marquee and a designated media area between Centre Court and No 1 Court.

As usual, the weather has tried to throw Richard Lord, head groundsman at Ilkley Lawn Tennis & Squash Club, a curveball.

Previously, Lord's chief worry has been flooding from the River Wharfe (three times one winter), while this year the main issue was the wet spring and then, ironically a dry spell.

He said: "We had a wet winter and sitting water on the courts."

"Coming into spring, it was still too wet to be able to have the final renovations done, and then once spring started it was too dry.

"But the show courts are now pretty much in line with where we want them to be, but the practice courts are a little bit thinner than we want."

From a groundstaff of two during the winter (Lord and his assistant Will Rigg), the crew grows as the tournament nears.

Lord explained: "In the build-up to the tournament there are six of us, and then seven during the tournament - eight if you include Andy Ward, who is also helping us out."

The days have been and will be long for Lord and his crew, especially from this Saturday until finals day on Sunday, June 24.

He said: "I usually start at about five in the morning and finish between nine and ten at night.

"Occasionally we can even watch the tennis a little bit if we are not getting called to do other jobs, but we don't watch full matches."

However, the long hours and dedication are worth it as Lord revealed: "We've generally had a lot of good, positive feedback from the players."

The new show court will mostly be used for women's matches.

You can read the original article from the Wharfdale Obsererver HERE