Galashiels have become another bowling club to join a growing list of those to purchase a Cub Cadet INFINICUT® mower. This time a 22" floating head version, and club Vice President and Green Ranger Steve Currie is delighted with the switch as it has already made significant improvements to green quality - not to mention reductions in noise and fuel cost. 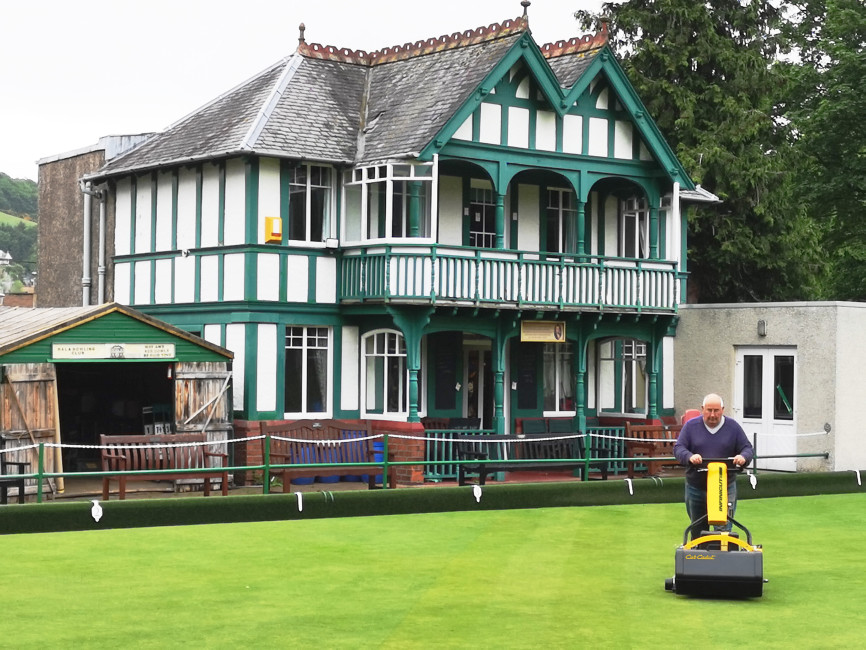 Having taken over as Green Ranger two years ago without a greenkeeping background, Steve has turned to industry contacts and nearby clubs for advice - which is where he first heard about the INFINICUT®. "Our previous mower was getting towards the end of it's lifespan and was costing the club more to maintain than the service it was delivering" explains Steve. "We looked at all the usual petrol-powered models when Martin at Pro Turfcare, our green contractors, suggested we looked at the INFINICUT®. He and our friends at Largs Bowling Club use the INFINICUT® and have both been seriously impressed."

While Steve admits he was initially concerned about the new technology and the overall cost of the purchase, a demonstration and a working out of the sums quickly put his mind to rest. "The INFINICUT® was not only easy to set-up and use, but in the long run it was going to be a good bet financially for the club. The quality of cut it and finish it delivers is fantastic. With it being battery-operated it means we can now mow earlier in the mornings and later into the evenings, which we were previously unable to do due to the restrictions of being located in a residential area. In addition, the battery makes it inexpensive to run, simply putting it on charge at the end of a day's work. The time and financial savings this will equate to when considering sourcing fuel, together with the insurance element of storing it, we estimate will be significant."

Keen to seal the deal, Steve purchased the mower the same day and took delivery in the summer of last year.