A Scottish golf club has become the latest to have its course damaged by vandals. 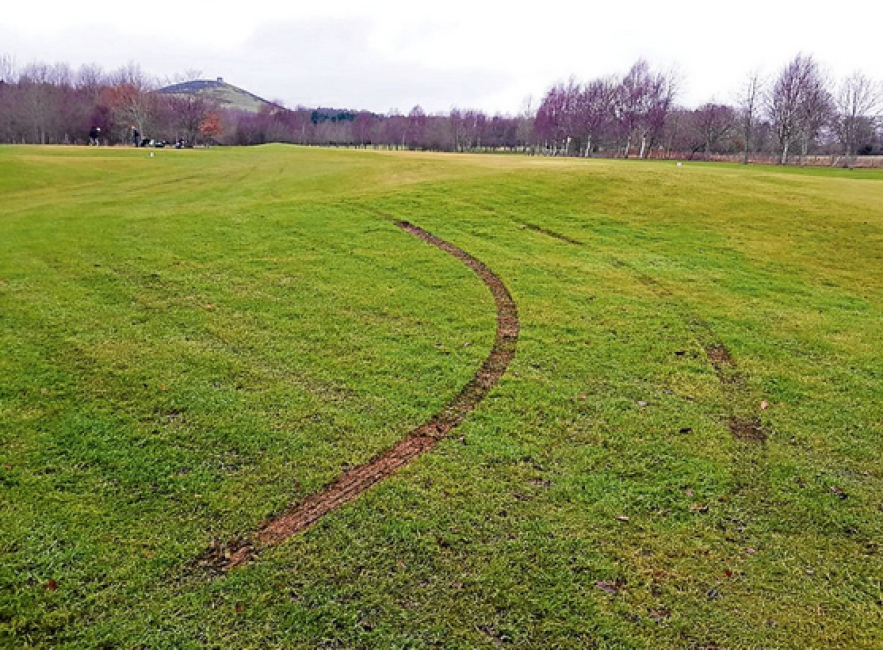 Insch Golf Club recently found that two buggies had been stolen - and the thieves caused thousands of pounds of damage to the course, leaving tyre marks on a green, pulling up posts and driving over signs.

According to the Evening Express, club manager Jayne Farquhar said she and her staff were "really upset" after the incident. "It's disheartening because everyone works so hard to keep the greens looking good, and this comes at a time when golf clubs are struggling."

"It would be horrible if this turns out to have been someone local."

"This is a members-only club and they pay a lot to play here so for someone to have done this shows total disregard and disrespect for the work put in." 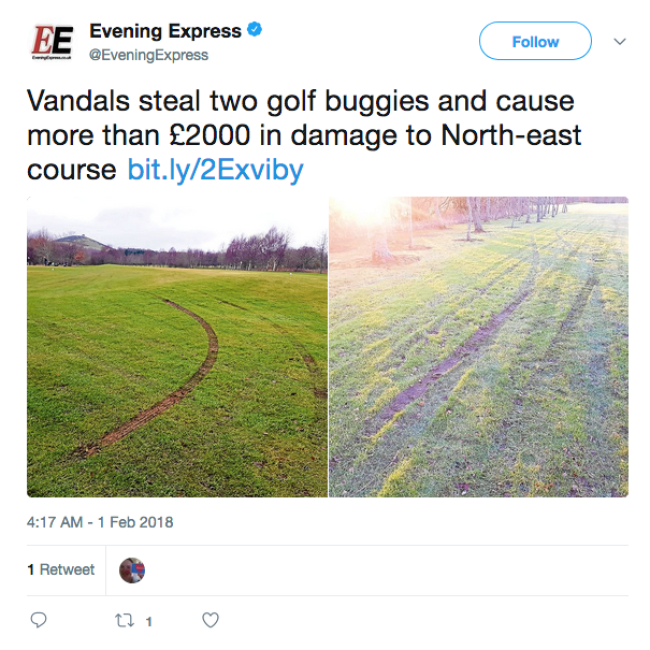 It is thought that the damage to the green alone could be between £2,000 and £3,000 - and that doesn't include the cost of repairing the golf buggies.

Both the buggies were recovered more than a mile away.

Vice captain of the club, Colin Campbell, said the damage was substantial. "We are all disappointed. This has happened before but never as bad as this - this is substantial damage."

"The mechanic will be looking at the buggies because the windscreens were smashed and there may be also be damage to the underside as the vandals drove over signs."

You can read the original article from Golf Business HERE