0 Introducing the volunteer support team for the 148th Open

BIGGA has unveiled the line-up for the volunteer support team that will be heading to Northern Ireland for the first time ever as The Open Championship tales place at Royal Portrush Golf Club. 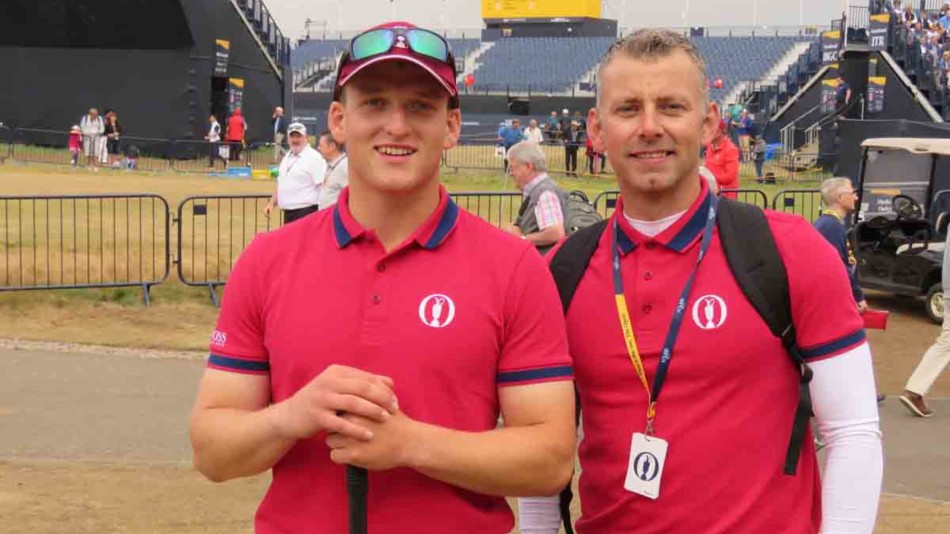 The BIGGA members who have gained a place on the team are given unprecedented access to golf's greatest championship and they will assist with maintaining bunker presentation throughout the duration of the tournament.

Each year The R&A requests BIGGA's assistance with the championship, meaning BIGGA members have been on hand to witness some of the greatest moments in the history of the game, including Francesco Molinari's incredible bogey-free final round in difficult circumstances that brought Italy its first major championship in 2018.

BIGGA Chief Executive Officer Jim Croxton said: "Excitement is building for The Open at Royal Portrush and having spoken to Course Manager Graeme Beatt, I know he's looking forward to welcoming the BIGGA members to the course for the duration of the event.

"Royal Portrush is going to be a stern challenge for the world's best golfers and I'm delighted that BIGGA members have played such a vital role in preparing the course. Graeme and his team have been working hard for a number of years to ensure the Dunluce is in world class condition, with a lot of restructuring and course improvement taking place. The pressure to perform will never be higher, but they're a fantastic example of what a talented, passionate team can achieve.

"The Open is a long week and everyone works extremely hard, but the rewards are incredible. Everyone at BIGGA is looking forward to giving our all to make sure the 148thOpen is a tremendous success."

The 62 bunkers that will be in play is the lowest total of any current Open venue, but the team members will hope players stay out of Royal Portrush's famous Big Nellie bunker, measuring a massive 25-feet high, which has been recreated on the 7thhole.

Every Full BIGGA greenkeeper member is eligible to apply for a place on the team, but with The Open being hosted on Irish shores for the first time since 1951, there is a large contingent of Irish and Northern Irish members who have joined the team.

Among them is Aaron Small, course manager at Belvoir Park in Belfast, who will be joining the support team for the first time in 10 years.

Aaron, 42, said: "The Open is brilliant for Northerm Ireland in general, but as a golfer and a greenkeeper, it's the ultimate. When I found out I was on the team I was absolutely elated, I couldn't be happier.

"For a golfer at my club to say to me 'will you be watching The Open?' and I can turn around and say 'no, I'm working at it!' will blow them away. It might not be a big role in the grand scheme of things, but it's just great to be able to play your part."

Members of the support team may also be called upon at short notice to assist Course Manager Graeme Beatt and his team with early morning preparation work and divoting duties. With early tee times and golf being played until nightfall, the week is intense and physically-demanding. But it's also an opportunity to get inside the ropes at this once-in-a-generation tournament.

The BIGGA Volunteer Open Support Team will be provided with accommodation, food, refeshments and uniform for the event.

Thank you to everyone who applied to be part of this year's team. Here are the BIGGA members who will be assisting the home greenkeeping team for the duration of the event: