0 Invasive weeds in the spotlight 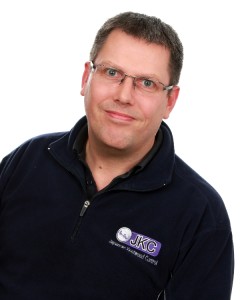 Control of invasive weeds is an increasing issue for managers of sports and leisure facilities as well as amenity areas and a recent conference held by INNSA looked at the latest developments and how public bodies and the industry are seeking to tackle the problem.

The second annual conference of INNSA was another great success attended by over 100 industry delegates. David Layland, a founder member of the INNSA steering group and joint managing director of Japanese Knotweed Control (JKC) offers his summary of the event.

"If there was one overriding impression left by this year's INNSA conference it was the sheer scale of the current problem caused by non-native invasives in this country and the full extent of its negative impact economically, environmentally and socially. The overriding message to come out of the day's presentations was the importance of 'working together', the need for a collaborative approach to the problem amongst everyone involved, be that in its treatment, its legislation or its regulation."

Trevor Salmon, Head of Invasive Non-native and Native Species at DEFRA began proceedings by spelling out the full extent of the problem, estimating that there are some 2,000 different species of non-native species in this country, and 10-12 new ones identified each year, of which about three per year are considered invasive In total there are now about 300 invasive non-native species of which cost the UK £1.8 billion per annum in terms of economic impact across all sectors including agriculture, construction, forestry, tourism and transport.

Mr Salmon outlined the current regulations concerning invasives control before handing over to Trevor Renals from the Environment Agency to detail significant changes to the established 'Knotweed Code of Practice'.

Mr Renals explained that 15 years after the first code was drafted by the Agency, and following several revisions over the years, the code was becoming increasingly difficult to update and there was recognition that continued guidance really belonged with the industry. The Code of Practice will itself be replaced in 2016 by Regulatory Position Statement 178 which is expected to be issued in by summer 2016.

Picking up the regulation theme, INNSA steering group member, Nick Hartley was concerned about the complexities and ambiguities of the many different treatment warranties and insurance backed guarantees that have arisen as the number of contractors has continued to grow.

Highlighting the shortcomings of many insurance-backed guarantees (IBGs), he observed that current policies are weighted too heavily in favour of the domestic market and that developers, commercial and local authority clients were at a high risk of PR and financial exposure in the event of an unsuccessful claim. His proposal was the launch of a site specific Commercial IBG that better balances the requirements of the lenders with the needs of the developers.

David Layland comments: "One of the highlights of the day was an informative presentation from Barrie Hunt, technical development manager at Monsanto, about the re-approval of the active ingredient glyphosate. Barrie gave an overview of the proposals prepared by the EU legislative committees and the proven science-based data demonstrating that no health issues are associated with the active ingredient. He commented, however, that rather than a science-based approach to re- approval, he was concerned that it risked becoming a political debate." 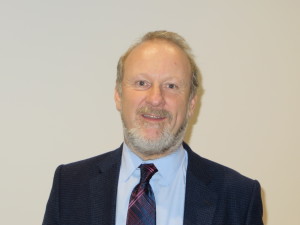 "Mr Hunt reported that the review had been completed and was ready to be voted on by the EU's Standing Committee on Plants, Animals, Food and Feed with a schedule for completion by June 2016. It was unlikely to lead to any restrictions and that glyphosate was likely to be approved for at least another 15 years."

This year's conference also included perspectives from major organisations in the local authority and transport sectors. Both are directly affected by invasives, specifically Japanese knotweed, and outlined the extent of the threat they face daily and some of the measures taken to counter it.

Maria Jarosz of Network Rail identified at least eight major species that threaten its 20,000 miles of track throughout the UK, and outlined the comprehensive management plans and maintenance programmes that they have in place including different herbicide treatments, spraying and incineration.

Meanwhile Joy Adams of Coventry City Council reflected on the impact of The Anti-Social Behaviour Crime and Policy Act 2014 (ASBCPA) which has created a range of new powers for local authorities to tackle problem weed growth, historically a grey area of responsibility between the Environment Agency, the police and local authorities.

Ms Adams explained how, as a local authority, Coventry has focused on encouraging people to take responsibility as land owners and as complainants and that its pro-active approach was reflected in a self-help website which included online reporting tools, education and awareness of how to spot problem invasives, advice on action required to prevent or treat and signposts to other established sites for further help and information.

Professor John Moverley of the Amenity Forum, the collective body representing the amenity industry in relation to weed, pest and disease control brought all of the conference themes together by reflecting on the scale and complexity of the amenity sector and the threat posed not just by invasive weeds but by injurious and weeds in general. He again underlined the continued importance of promoting and encouraging best practice, qualifications, training, safe pesticide use, and industry standards.

The scale of the problem, and at times the lack of appropriate response from landowners, developers and even local authorities, continues to tax the Department for Environment, Food and Rural Affairs (DEFRA).

David Layland explains: "The Infrastructure Act of 2015 introduced species control provisions to ensure that, in certain circumstances, appropriate action should be taken against invasive, non-native species. The legislation was specifically implemented to make landowners assume greater responsibility for treating their own contaminated land. It meant that if a landowner, whether commercial or domestic, has a knotweed infestation and does nothing about it, they are liable to prosecution and potentially heavy fines. The new legislation and the prohibitive fines it carries means that ignoring the knotweed problem should never now be an option."

Taking this further, DEFRA is also now proposing a new set of provisions that will grant leading organisations, including Natural England, the Environment Agency and the Forestry Commission, the necessary powers to require landowners to carry out control operations against invasives, or allow them to do so themselves where an owner has refused to act or allow access.

At the end of February 2016, DEFRA concluded its consultation process on the new draft code, in which it sought informed industry views on how provision for compulsory action could be applied in practice.

"DEFRA's follow up to these consultations could go a long way to determining the extent, and success, of future knotweed eradication programmes throughout the UK," says David.