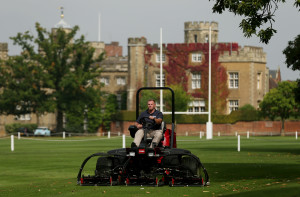 I read with interest the recent published figures regarding the obesity problem now facing the world; a report states the problem in the UK alone is costing £47bn.

The worldwide cost of obesity is about the same as smoking or armed conflict, and greater than both alcoholism and climate change, research has suggested.

The McKinsey Global Institute, which undertook the research, said it costs a total of £1.3 trillion, or 2.8% of annual economic activity - in the UK, the cost is £47bn.

Some 2.1bn people - about 30% of the world's population - are overweight or obese, the researchers added. They said measures that relied less on individual responsibility should be used to tackle the problem.

The report said there was a "steep economic toll", and the proportion could rise to almost half of the world's population by 2030. The financial costs of obesity are growing - for health care and more widely in the economy. By causing illness, obesity results in working days and output lost. The researchers argued that a range of ambitious policies needed to be considered and a systemic rather than piecemeal response was essential.

The rest of the report can be read on the following BBC Link http://www.bbc.co.uk/news/health-30122015

My own concerns about the recent rise in obesity levels is purely down to the fact that most schools do the bare minimum when it comes to active sports/PE lessons as part of their curriculum.

We have seen a radical decline in school sporting activities since the mid 1970s, when the then government put a stop to competitive sport in state schools. As a past participating sportsman, coach, school governor, sports facilities' manager and practising groundsman, I have seen a complete downturn is sports provision in most schools in the last thirty years.

The very fact that PE lessons in most schools are often less than two hours a week and, whilst there may be some after-school club activities for the interested pupils, the actual benefits of sport participation has been reduced dramatically.

As Editor of Pitchcare, I am lucky to get the opportunity to visit many schools that buck this trend, and some which provide in excess of 12 hours of sport/ PE activities a week; however, these tend to be the private run independent schools which, over the years, have invested heavily in their school grounds. And, more importantly, kept up the tradition of playing competitive sport against other schools on a regular basis.

I firmly believe if we were to reintroduce a proper coordinated sports/PE programme in schools and get children participating in regular physical activities, we would see a dramatic reduction in obesity. 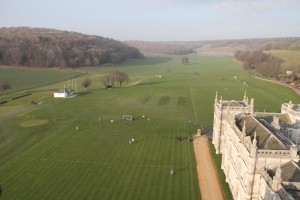 We, the sports turf industry can offer the government some solutions to this obesity problem. The fact of the matter is that far too many children do not actively participate in physical activity, especially during school term times. Most schools, both primary and secondary, already have existing playing fields that are vastly under used, and mainly not fit for purpose, largely due to government policies and lack of will to invest in the facilities.

By investing a fraction of this huge obesity pot (£47 bn), we could transform these playing fields into effective pro-active resources for these schools. The mere fact of investing in better quality pitches will not only produce safer playing surfaces, it will also improve the aesthetics of the schools playing fields and, over time, give a sense of pride and ownership in the school facilities.

A programme of reinvestment in primary school sports provision, plus a commitment to deliver a reasonable number of hours (4-6) to PE/sport activities a week, would see a dramatic change in pupils' lifestyles.

Not all children are academic minded; physical education presents a range of opportunities for all children to become involved and learn many important life skills.

I firmly believe the time is right for the government to change its mindset and look at investing money into producing better school pitch facilities, incorporating a relevant amount of curriculum time to PE and developing a culture of active sport in schools which would, no doubt, go a long way to dealing with this growing obesity problem.