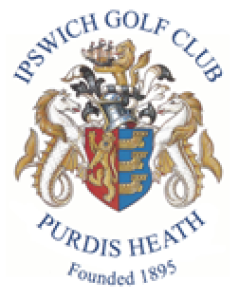 The Purdis Heath Course - ranked among England's top 100 courses by influential golf publication Golf World - had 20 of its bunkers reconstructed to restore them to their original styling when the course was constructed in 1926.

Neill Ellice, Ipswich Golf Club General Manager, said: "The bunkers look stunning already and we haven't got into the growing season yet. The turf has bedded in extremely well thanks to a great autumn, the sand is in place and people have already commented on the way they've enhanced the course.

"It's perfect timing for completion too with the Easter weekend competitions being the traditional start to our season."

The renovation process, which started in September, has been supervised by renowned golf course architect Martin Hawtree, whose grandfather Fred designed the course with legendary golfer James Braid 89 years ago.

Using old photographs Hawtree was able to analyse the bunkers across the course before utilising its expertise to draw up a blueprint for contractors and Ipswich Golf Club's own greenkeeping team to follow to ensure the bunkers were returned to their original state.

"Logistically it has been a difficult task, but everyone has pulled together and the finished article will have quite an impact," added Ellice.

The completed renovation caps a great start to the year for the club, which has also bucked an industry trend by seeing its membership thriving and high numbers of visitors.

"In a time when many golf clubs are struggling to maintain membership numbers it is a great feeling to see the club flourishing," added Ellice. "It is a testament to the hard work put in by everyone involved in the club as well as the high quality facilities both on and off the course."