by Football Foundation
in Synthetics and Football
on 10 Aug 2019 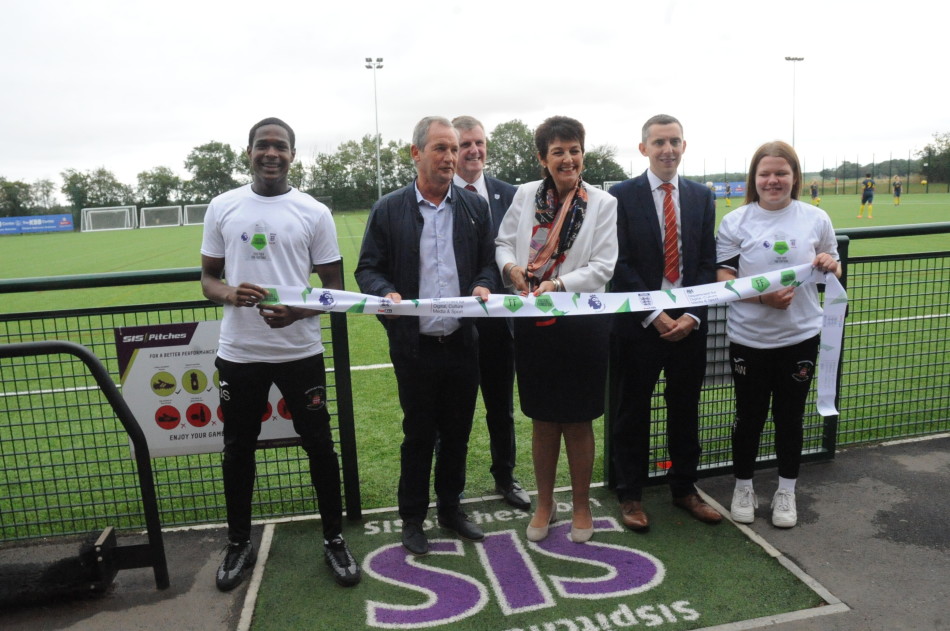 Having played 500 times for Ipswich in all competitions, Burley is fifth in the club's all-time appearance list and was on-hand to open the all-weather pitch, which was made possible thanks to investment from the Premier League, The FA and Government's Football Foundation. Additional funding from the Premier League through the Football Stadia Improvement Fund (FSIF), the sister organisation of the Football Foundation also contributed towards the project.

After netting a £473,792 grant from the Football Foundation and £20,000 from the FSIF, work begun on the site in January 2018. The club also contributed £242,203 and received £25,000 from Mid Suffolk District Council, with the new pitch providing much needed high-quality training and competition facilities in the local area.

The funding has enabled Needham Market Football Club, who play in the Betvictor Southern Premier South League at Step 3, to provide a facility which will enable the club to enhance and develop football provision available for the local community. The 3G pitch sits alongside a new community facility with changing rooms on the ground floor and a café and multi-function room on the first floor.

This has replaced the club's second grass pitch which was prone to water logging and could not support the demand for play all-year round and would often result in the Academy students not being able to train within the facility.

With no other full-size 3G AGP within nine miles of Needham Market FC, Suffolk County FA identified the site as a priority location to increase football provision. It is estimated that over 1,000 additional people will start playing football on the new all-weather pitch during the next five years. The creation of numerous women's and girls' teams will also support 160 female players participating in competitive football during this time frame.

Robert Peace, Operations and Academy Director at Needham Market FC, said: "I would like to thank George Burley and Jo Churchill MP who have come down to support us at the opening today. The funding from The FA, Premier League and Government through the Football Foundation has made a significant to difference to the club and the local community. The new pitch will enable us to provide an inclusive provision for all and improve grassroots football within the local area."