David Jeffrey has accused the co-users of the Ballymena Showgrounds of a lack of respect after the pitch was damaged by stock car racing on New Year's Day. 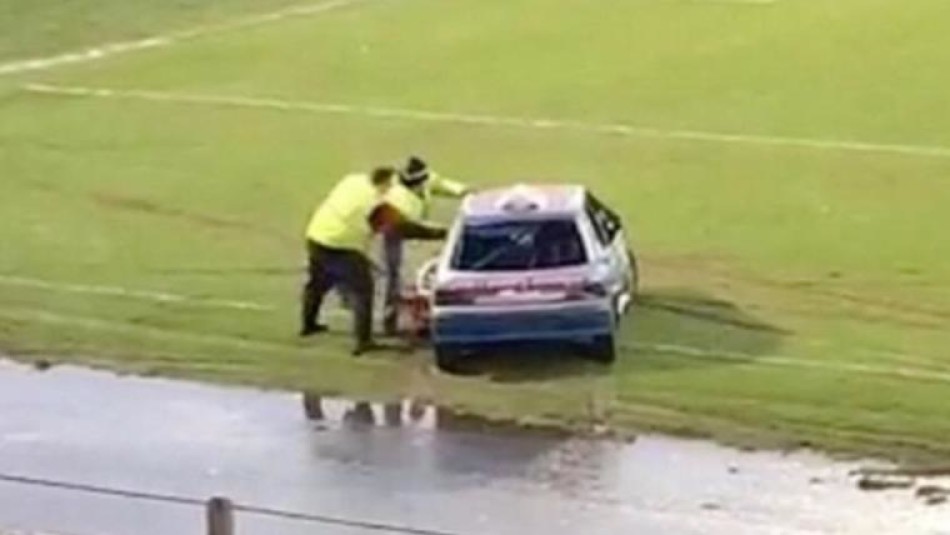 The Ballymena United boss said he was saddened by the incident, which left parts of the playing surface cut up ahead of five home matches in January. The Sky Blues host Moyola Park in an Irish Cup fifth round tie last Saturday.

Ballymena Raceway, who share the venue with the football club, declined to comment when contacted by BBC Sport.

The annual Winter National Stock Car Championship meeting was held on New Year's Day at the Showgrounds, which is owned by the Mid and East Antrim Borough Council.

"I'm not anti stock car in any way, shape or form. The frustrating thing is that we have been trying to work closely and very hard with the council to make sure our pitch is in the best condition it can be.

"We've only got to go back to a number of high profile fixtures last year where the likes of Stephen Baxter, David Healy and Oran Kearney made comment about the pitch at a particular time of year.

"The council this year, particularly the groundsmen, have worked very hard to keep and to get the pitch in good order - they have worked their socks off."

As well as the match against Moyola Park this weekend, Ballymena are due to host Cliftonville in a League Cup semi-final as well as the County Antrim Shield final against Crusaders on 23 January.

The Mid and East Antrim Borough Council said it was aware of the matter and that repairs were being carried out.

"Ballymena Showgrounds is a multi-use venue and Council works closely with all users to ensure it remains one of Northern Ireland's premier facilities," a spokesman for the Borough Council said.

"Extensive work is planned to be carried out on the pitch at Ballymena Showgrounds at the end of the current football season in order to improve drainage and the quality of the playing surface to ensure it meets European standards."

You can view the original article and video from David Jeffrey here.