Cemented layers, which inhibit drainage, can occur in putting greens where different textures, such as sand and gravel, meet.

Two-tiered putting green profiles feature a sand root zone that sits above a layer of gravel, creating a textural boundary where water is perched or preferentially retained (6). The greater the difference in particle sizes, the more water is retained in the fine-textured layer above (8). Hard, brittle, cemented layers have been observed to form at textural boundaries in two-tiered putting greens. The layers severely impede subsurface drainage and result in deterioration of turfgrass quality due to persistently wet, anaerobic conditions in the root zone. These layers tend to be reddishorange, suggesting that they are cemented by iron-oxide minerals, but to date there are no published reports describing the chemical nature of these layers. Similar layers have been documented in putting greens in Germany (4), but the authors did not describe the chemical properties of the layers.

We first learned of this issue in 2008 and thought it was an isolated, rare phenomenon. However, an unrelated study that involved sampling the full profiles of two-tiered putting greens across the United States revealed that this issue is widespread. We found cemented layers in 12 of the 36 profiles that we sampled, and since 2011 we have observed or received reports of more than 30 sites with similar layering issues in at least 16 states in the U.S., as well as in Germany, England, Sweden, Vietnam and the Philippines. Although some of these sites have greens built following United States Golf Association recommendations, in many instances, these layers can be found in soil profiles that do not follow USGA recommendations. Examples include sand-based soccer fields with gravel drainage layers, sand bunkers with gravel-filled drain trenches, and gravel-filled peripheral ("smile") drains adjacent to onetiered putting greens (sand over compacted subsoil). 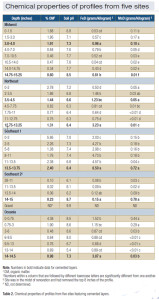 Five sites with cemented layers were identified through communication with USGA agronomists, golf course superintendents and other researchers (Table 1). To maintain confidentiality, sites were identified only by the geographic region in which they are located. Each site featured sand-based putting greens with a gravel drainage layer. Golf course superintendents from each site collected three putting green soil profile samples in PVC pipes (2-inch [5-centimeter] inside diameter, 25-inch [64.7-centimeter] length) from areas known to have cemented layers. The samples included the full soil profile from the turfgrass to the gravel drainage layer, with the exception of Southeast 2, which was in the midst of renovation and had removed the top 8 inches [20.3 centimeters] of the profile.

Soil profile samples were mailed to our laboratory for analysis, where PVC pipes were cut open vertically with an oscillating saw. The profiles were split into depth sections based on visually determined soil horizons, and one representative profile sample from each site was chosen for further analysis. For each horizon, the following measurements were made: pH in water, estimated organic matter by loss-on-ignition, and total iron (Fe) and manganese (Mn) oxide by citrate- dithionite extraction.

Properties of the layers 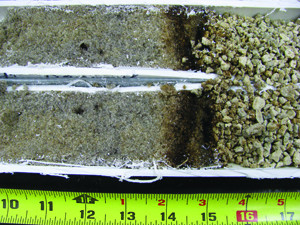 Figure 1. Close-up of a manganese oxide-cemented layer from Southeast 2.

The layers located higher in the profile were generally less cemented than those occurring at the sand/gravel interface, although they appeared to inhibit rooting depth nonetheless. In each profile, cemented layers were associated with textural boundaries where fine particles overlaid larger particles.

Citrate-dithionite extractions confirmed that the layers from four of the five sites were cemented primarily by iron-oxide minerals. The iron contents of the cemented layers were almost always greater than the soil directly above, and contained more iron than other horizons in the soil profiles. This suggests that the iron moved vertically through the profile and was redistributed to textural boundaries. The profile from Midwest was relatively low in iron compared to Northeast and Oceania, which both had similar iron content but were lower than Southeast 1, which had the highest iron content.

This shows that these layers can form in soils with a range of iron contents, making it difficult to predict the risk of layering based on soil iron content alone. The layer in the Southeast 2 profile was relatively low in iron and was instead cemented by manganese oxide minerals. Although the cemented layer from Southeast 1 was relatively high in iron, this layer also featured relatively high levels of manganese. These examples provide evidence that manganese can act as a cementing agent in these layers in addition to or in lieu of iron. 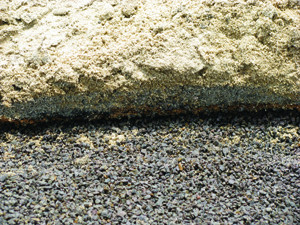 Figure 2. Iron oxide-cemented layer at the sand-gravel interface from Oceania. This layer had formed within less than five years after construction of the putting greens.

Not surprisingly, each site featured an ac cumulation of organic matter at the surface that generally decreased with depth (unconfirmed for Southeast 2, which did not feature the upper approximately 8 inches of the profile). Below a depth of 3 to 5 inches (2.6-12.7 centimeters), organic matter content of the root zones was relatively low.

How do these layers form?

The layers described in this study qualify as "placic horizons," which are thin black to dark reddish pans cemented by iron and/or manganese and organic matter (7). Placic horizons form in a three-step process: (a) mineral Fe(III) is reduced to soluble Fe(II); (b) reduced Fe(II) is translocated downward in the profile; and (c) reduced Fe(II) is reoxidized to Fe(III) at textural boundaries or areas where pH increases dramatically (3).

The layers described in this study form in the same three-step process, but do so much more quickly than in natural soils because of management-related inputs of iron from fertilizer and irrigation and the abrupt textural boundary where the sand root zone meets the gravel drainage layer. In the field, we have observed iron-cemented layers in root zones as early as five years after construction. In natural soils, placic horizons only form in areas with high annual precipitation (1). Our findings suggest that in putting greens, the occurrence of these layers does not appear to be restricted to certain climatic or geographic regions, likely because of irrigation. Figure 3. Close-up of iron-oxide layer at the lower interface of an organic-rich surface layer (~4-inch [10-centimeter] depth) from Northeast. This layer was acting as a barrier to root growth. There was also a layer at the sand-gravel interface (not shown).

Acidic pH conditions increase iron mobility by favoring Fe(II) (2), and the pH values reported in Table 2 tell an interesting story. We observed three general scenarios with soil pH: (a) pH was acidic throughout the majority of the profile (Northeast); (b) pH was acidic or neutral throughout the profile and became alkaline near the sand/gravel interface (Midwest and Southeast 2); or (c) pH was neutral or alkaline and became acidic near the sand/gravel interface (Southeast 1 and Oceania).

In the first scenario, acidic pH favors the more soluble Fe(II), which is readily mobilized to the textural boundary where it oxidizes in the presence of O2 below. The second scenario is similar to the first, but as Fe(II) is mobilized from the root zone to the gravel layer, the alkaline pH causes Fe(II) to rapidly oxidize to Fe(III) (3).

Finally, the third scenario is unique in that the alkaline root zone pH would not seem to favor Fe(II), yet there is evidence of iron mobilization and accumulation at the sand/gravel interface. One possible explanation for this is that under certain conditions, iron sulfide can react with oxygen and water to produce sulfuric acid as a byproduct:

In this scenario, it is possible that the acidity produced from this reaction results in mobilization of iron from the root zone above, creating a positive feedback cycle where iron is continually reduced and mobilized downward, where it accumulates at the textural boundary. Figure 4. Profile from Midwest, which featured zones of iron accumulation at the lower interface of an organic-rich surface layer (3.5 inches [9 centimeters]) and at the sandgravel interface (14 inches [35.5 centimeters]).

Although we have encountered many sites with cemented layers (approximately 33% of a random sample), the majority of two-tiered putting greens do not exhibit layer formation. Therefore, there must be management practices or chemical conditions that are causing this layer to form in certain locations, but not others. Future research should identify the contributions of iron and manganese from fertilizer, irrigation water and root-zone mineralogy.

Root-zone mixes that are initially high in iron or manganese may be predisposed to layer formation, especially if the root zone is acidic. However, our preliminary data suggest that applying modest rates of iron for color enhancement can account for over 300 times the amount of iron needed to account for the layer formation.

Irrigation inputs of iron are not likely to provide enough iron to account for the layer, even in water rich with iron. Therefore, until we know more about how these layers form, we are recommending that people exercise caution when applying iron and manganese fertilizers.

Traditional soil sampling of the upper 6 to 8 inches (15.2-20.3 centimeters) is inadequate to detect problems that may be occurring deeper in the profile. Taking full-profile samples periodically using a sharpened PVC pipe is a great way to monitor potential layering issues deep in the profile that could be developing over time (5).

Options for removing the layer appear to be limited and warrant further study. Physical removal or disturbance by deep-tine aerification would help alleviate drainage issues, but these are very invasive and labor-intensive processes. Applying anything to chemically dissolve iron could potentially make the layer worse; if these chemicals are not properly leached out of the root zone, they could mobilize even more iron and make the layer thicker. We plan to continue to investigate methods for removing the layer and preventing its formation.

Glen R. Obear is a research intern and graduate student and Douglas J. Soldat is an associate professor in the department of soil science at the University of Wisconsin-Madison.

Pitchcare would like to thank GCSAA and authors for permission to publish this article.