Burnley FC's Gawthorpe Training Centre has reached its next stage of development with a Desso Grassmaster pitch, reconstructed by J Mallinson (Ormskirk) and irrigation by Irrigation Control. These companies have been exclusive contractors at the club's Turf Moor stadium and at Gawthorpe since 2005 when there was just the one self-contained training pitch featuring Rain Bird's in-turf pop up and perimeter sprinklers, irrigation control system, pumping station and water storage. 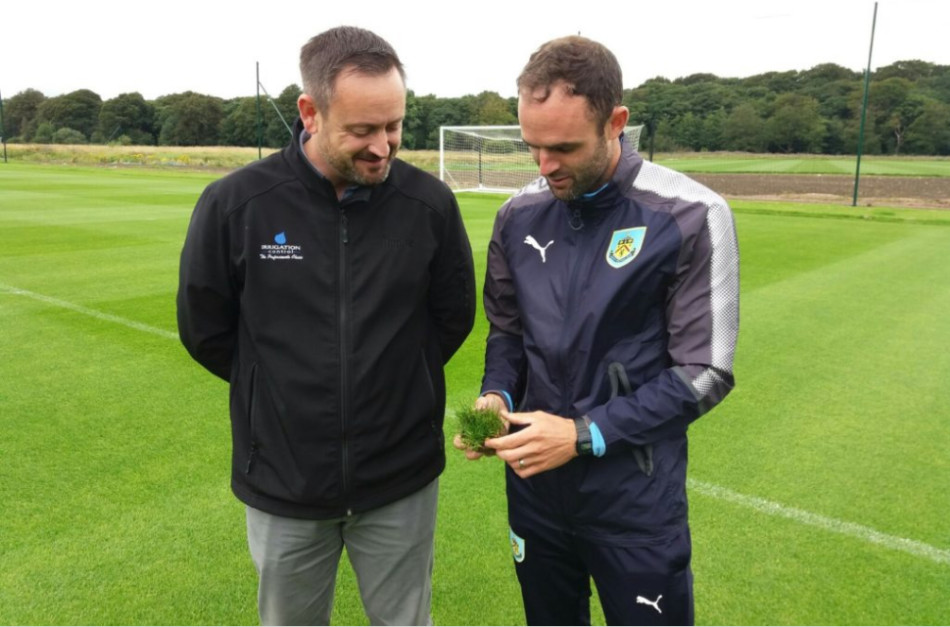 In 2010 Turf Moor underwent a pitch reconstruction and the opportunity was taken to introduce a Rain Bird irrigation system. 2014 saw an expansion of the training facilities with a new pump house and Rain Bird control system at the heart and the Barnfield Training Centre, opened in 2017.

The new top pitch has twenty Rain Bird perimeter sprinklers and in-turf rotors. It has been integrated into Gawthorpe's site wide irrigation system with the aim of providing water to any given pitch in the quickest time at lowest cost. This considers different surface types, sheltered or exposed areas, wind speeds, rainfall, sunlight and evapotranspiration rates.

Rain Bird control system's cycle is based on calculations for the whole Gawthorpe site. Irrigation is overnight when temperatures and wind speeds are lowest and evapotranspiration rates are low. Through its laptop interface, the control system gives the information that groundstaff need. Ultimately it decides which sprinklers should be turned on/off, what irrigation flows need to be delivered to specified pitches at maximum efficiency.

Rain Bird 8005 in-turf rotor sprinklers and 950E valve-in-head perimeter sprinklers are used throughout Gawthorpe in addition to the Single Site Control System with evapotranspiration based scheduling, customised graphics and mapping. "We specify Rain Bird because of product quality and reliability. We are impressed with the technological advances developed for the sports turf market over recent years," says Lee Knight, Contracts Director, Irrigation Control.

With wi-fi, Groundsman Barry O'Brien and his team can interact remotely with the control system via a smart phone App and can upgrade to a Rain Bird weather station. Mapping functionality gives a visual site-wide overview of the irrigation system. Irrigation Control has also installed Thermaturf undersoil heating to the Gawthorpe match pitch.

Originally irrigation was required for turf health and to ensure the best growing conditions for soil based pitches. Now it is also about creating conditions on different surfaces that coaches require such as a quick slick surface or a pitch with a match day feel so extra irrigation may be immediately needed.

"We enjoy long term relationships with our pitch and irrigation system suppliers. An understanding of what we are trying to achieve and familiarity with the site is vital. The continuity gives us peace of mind, "says Barry..