0 Is this the stadium of the future? Italian architects unveil modular timber concept 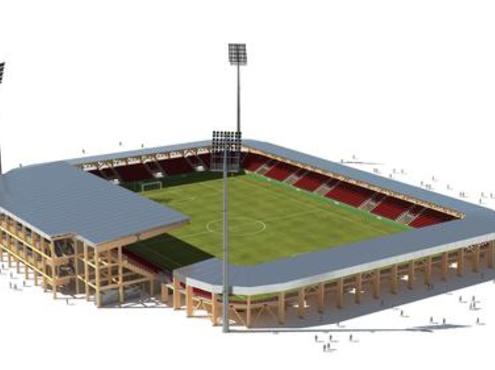 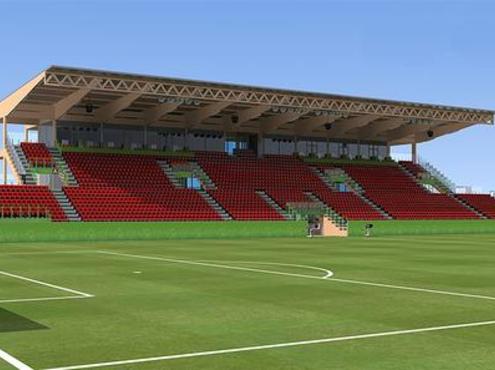 The two companies claim their modular, mid-capacity "stadiums of the future" can be assembled in just six to eight months and are totally green.

The project was conceived for Italy's smaller sports clubs beginning to move up the ladder of the professional game.

The proposed stadiums start from a minimum 1,500 seats - the minimum demanded by Italy's smaller leagues - but this can be raised incrementally to a maximum of 20,000 seats for clubs with ambitions of top-flight football. The result of this flexibility, according to the concept's creators, is "reduced management and maintenance costs and a stadium that is always tailored to the needs of the club".

In their design, Bear Stadium have included all the necessary facilities, including spacious locker rooms for athletes and referees, an anti-doping area, an infirmary, a media room, a conference hall and a club terrace on the first floor with a bar, restaurant and large window facing the playing field.

"We see a huge demand in the world for medium-capacity stadiums, typically ranging from 5,000 to 20,000 seats, which actually represents 80 per cent of the global market for this type of infrastructure," said Jaime Manca Di Villahermosa, creator of the new format and co-founder of Bear Stadiums.

"The stadiums should replace existing structures made from reinforced concrete or metal that become dilapidated in just a few decades, resulting in high maintenance costs and low appeal to the public and fans. 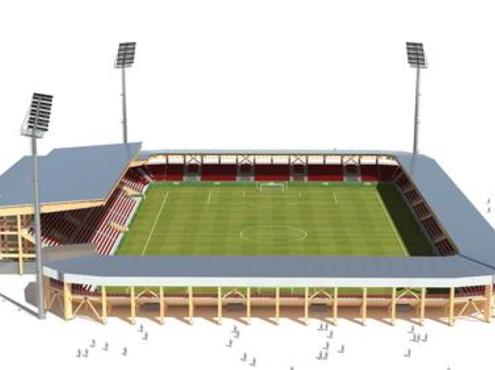 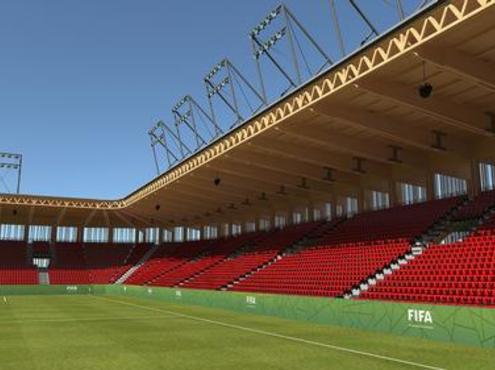 "Given the significant development of HD television technology which drives us to watch games comfortably seated on the sofa at home, it's necessary to build a new concept of a beautiful, comfortable, safe and easy-to-assemble stadium, whose structures express wellbeing, serenity and favour encounters among individuals and team supporters".

The modular stadiums will be constructed using glulam timber - a structurally engineered wood product comprising a number of layers bound together with ecological adhesives - in order to reduce the greenhouse gas emissions and high energy consumption that come from using reinforced concrete or metal.

"Wood is an extraordinary building material," said Claudio Rustioni, CEO of Rubner Holzbau. "It's capable of creating warmth and comfort and offering a secure and lightweight structure, while minimising the impact on the landscape. Our stadium is built with certified wood from sustainably managed forests.

"Glulam wood enhances the structural capabilities of wood and allows the development of innovative design solutions with efficient engineering qualities. The result is low energy consumption that contributes to reducing carbon dioxide emissions in the atmosphere."

He added that the company and Bear Stadiums are collaborating with a pool of leading Italian companies to offer customers a 'turnkey' formula for even greener stadiums by supplying, where requested, mini wind turbines, solar panels, high efficiency and low energy consumption light towers, and recyclable, synthetic or hybrid lawns.