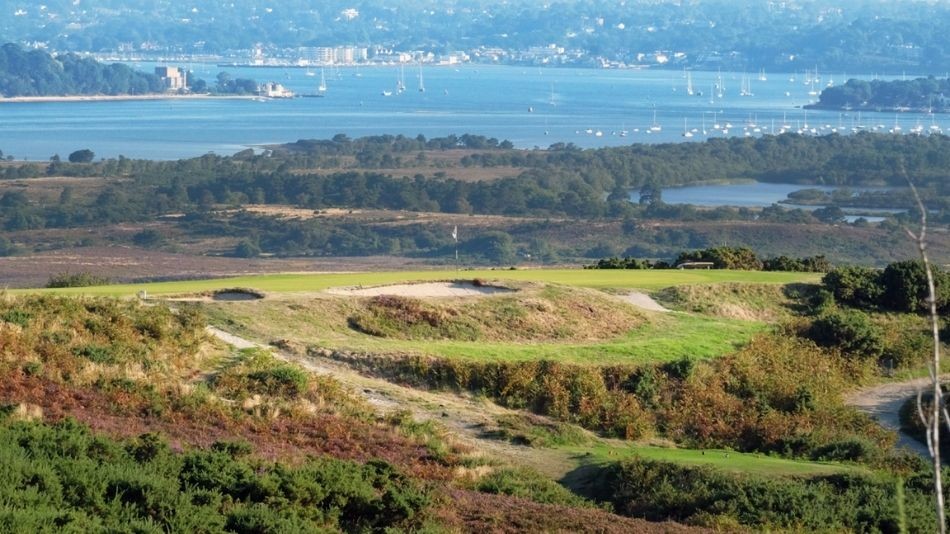 Originally founded in 1892 as a nine-hole course, Isle of Purbeck was extended to eighteen holes in 1914 and has long been thought to be the work of Harry Colt, though no conclusive proof has been found.

The course was acquired in 2015 by Californians David Suruki and Kathy Tatar, who have invested heavily in the facility. "When we met with Tim, it didn't take us long to conclude he was the right man for the golf course," said Suruki. "He has extensive experience working on the heathland courses of the south of England, and he shares our commitment to restoring the heath environment here to the best of our abilities."

"When you first visit Isle of Purbeck, your first thought is the views, which are spectacular," said Lobb. "The course is clearly meant to be open heath - of which, of course, there is a lot in the Bournemouth area - but it has become rather overgrown. We want to bring that environment back to the fore and return the course to national awareness."

The land at Purbeck is classified as a Site of Special Scientific Interest (SSSI), which limits what can be done in terms of changing the golf course. "The course is very limited in terms of the chemicals it can use, and it is not clear whether fairway irrigation will be permitted," said Lobb. "We do not plan to make major changes to the routing, which is very good, but there will be some massaging of playing areas to ensure there is enough width for golfers of all standards to have fun and not lose too many balls. It is a fragile landscape, and we want to enhance it.

"We want every hole to take advantage of the fabulous views. The setting is as good as anywhere; we aren't looking to extend the golf course much, just trying to create the best course that the site can hold, which I believe will be one of the top 100 courses in the UK."